Your most lucrative vendor was just bought: now what? 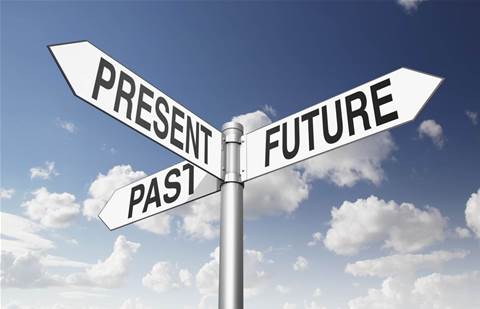 You’ve met with the partner managers, liked what you saw, sunk a few celebratory beers over lunch and now you’ve made a deal with a new vendor.

And then just as you get ready to sell ... the vendor is acquired.

Sometimes the reaction is shock - when only a partner finds out about the change in the pages of CRN!

Darren Gore, CFO of Northern-Territory-based ICT solutions provider Calibre One, told CRN that partners often don’t find out about their vendors getting acquired until hearing industry whispers or news stories from channel media. That’s how Calibre One found out that one of its top vendors, ShoreTel, had been acquired by Mitel back in September 2017, which was subsequently sold to a venture capital firm six months later.

“What followed almost immediately was cessation of any investment or support into ShoreTel’s on-premises PBX solutions,” said Gore.

“Support from both technical & sales became non-existent within months. They changed distributors away from Dicker Data to Westcon and all of a sudden as a partner you found no-one knew anything. Ordering a new system, or parts or seeking pre-sales or post-sales support of any kind was simply not possible.”

Amidst the turmoil, Gore said that Calibre One was assigned three different Mitel account managers in three months. Ultimately, Calibre One stopped investing in ShoreTel, opting only to support existing customers and redirect its resources towards Microsoft Teams and Telstra Calling for Office 365.

Another partner that went through similar strife is MSP Ericom after one of its contact centre vendors, Interactive Intelligence (ININ) was bought by market leader Genesys.

ININ had developed a cloud-first contact centre called Purecloud in AWS instead of porting their existing products to the cloud. Genesys was also trying the portal model, but opted to buy ININ instead for Purecloud.

“ININ partners had to follow the Genesys model which for a long time was alien. US finance departments were not understanding of ININ methodology. One customer kept getting ridiculous bills for Genesys. It took 18 months to sort out, all because the paperwork transfer between ININ and Genesys was not the best. They did not trust our paper trail. Eventually they gave in to our demands.

Not every acquisition leads to partner pain.

Joe Losinno, a director of AWS partner DiUS, told CRN that his company often benefits from acquisitions, particular when it’s AWS buying someone. Losinno said these changes can mean more leads, particularly in the machine-learning space. “This is in addition to the number of leads that come through AWS that come as a result of the relationship we hold with AWS account managers and our track record for success delivering projects.”

But it's hard to avoid some disruption.

eNerds’ chairman and CEO of Aussie ISV Invarosoft Jamie Warner told CRN that there’s always a stretch of time for teams to settle down after a merger, which can cause disruption but this can be anticipated.

“How much disruption depends on how well it’s being managed, but it can be a worry when things aren’t communicated well to partners and potentially major changes in product and processes are being implemented,” said Warner.

“From a technology standpoint we are always hopeful the outcome is a 1+1=3 scenario so our company can leverage better tools with better integrations to help our business deliver more innovative outcomes for customers. It’s not often the case which is why these mergers are seen with some skepticism by some pundits but there are also some great examples as well.”

And there's one thing that always hurts: the end of relationships that grow from business to pleasingly personal.

“In channel you hope that you have made a good choice in the vendors you partner with, some of these relationships you commit to can be five, ten or twenty-year relationships,” said Gore. “As channel partners, we invest a lot of our time, staff time, certification and resources to deliver and support there solutions. Acquisitions can sometimes be great, and other times devastating.”

It was sad in some senses to say goodbye to the long relationship we had with ShoreTel, as it was a six-year relationship, however we needed to move forward with where we thought the market was going as well as a partner that was in this area of technology for the long haul.”

Grabbing the hybrid cloud opportunity with Lenovo and Azure Services
By Brendon Foye
Feb 17 2020
1:25AM