Zebra zeroes in on enterprise with pair of tablets 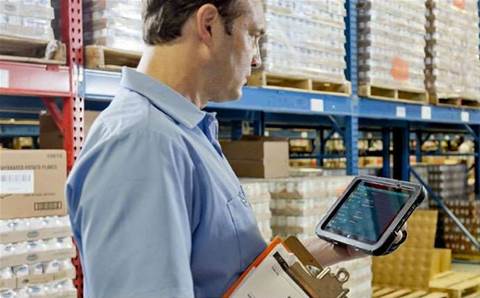 They will be available in Australia in the next couple of weeks via Zebra's distributors, Ingram Micro and Sektor.

The tablets also aim to promote various options in terms of sizes and operating system variants, which is a step forward from the one tablet variant offered by Zebra through its ET1 enterprise tablet.

The tablets, which come in 8-inch and 10-inch variants, can be run using either the Windows 8.1 and Windows 10 operating systems, or the Android 5.1 Lollipop operating system.

But other features, according to Mike Peterson, head of mobile computing global marketing at Zebra, came as a direct response to what reseller partners and distributors said that they needed in the enterprise space.

"When we spoke to our partners… we realised there's a hole in this space for enterprise tablets," he said. "There are tablets that are thin and light, but very consumer-centric. And on the other end, there were some heavily ruggedised tablets that were so big that they weren't fit for standard enterprise applications. There is a need for true enterprise-class tablet that is the right size, durability and price point to turn into a solution."

Peterson highlighted the accessories that also come along with the new tablets, such as vehicle mount cradles for service technicians, delivery drivers and salespeople; advanced scanning capabilities for photos, NFC tags and bar codes; and hot-swappable batteries that run in addition to the built-in battery and deliver extended power for field service, transportation and other vertical employees.

The Windows 8.1 tablet variant will have a listing price that starts at US$1,800, while the Android variant will launch later in the year or the first quarter of next year, and does not yet have a determined price.

The two new products come in the midst of Zebra's new partner program launch, which will kick off in January 2016 and aims to drive revenue growth for distributors, independent software vendors, resellers and system integrators by offering an enhanced set of training initiatives, education and incentives, according to Zebra.

The unified channel program will roll out what Zebra sees as the best features of the company's existing program, PartnersFirst, a longstanding program already resonant within Zebra, and PartnerEmpower, a newer program inherited from Motorola Solutions' enterprise business.

Cloud application revenue made easy
By Lindsey O'Donnell
Sep 22 2015
7:16AM