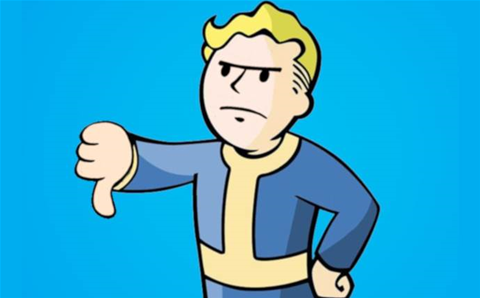 US-video game company ZeniMax Media has agreed to refund Australian customers who purchased Fallout 76 despite previously claiming it was under no such obligation.

Fallout 76 has been beset by controversy since its launch on 14 November 2018. Now the Australian Competition and Consumer Commission has taken umbrage with the legal problems caused by the game's instability.

The ACCC said it received complaints that ZeniMax’s customer support reps and online customer support documents represented to customers that they weren’t entitled to a refund despite multiple problems with the game’s servers, lag and graphical issues.

The publisher has since acknowledged that it likely misled customers about their consumer guarantee rights in contravention of Australian Consumer Law (ACL).

“When a consumer buys a product it comes with automatic consumer guarantees, and retailers must ensure their refunds and returns policies do not misrepresent what the Australian Consumer Law provides,” ACCC commissioner Sarah Court said.

“When a consumer has purchased a product that has a fault which amounts to a major failure, the Australian Consumer Law provides them with the right to ask for their choice of either a repair, replacement or refund.”

ZeniMax will now honour all refund requests from customers that contacted the publisher between 24 November 2018 and 1 June 2019. This includes direct digital sales and third-party retail sales.

The company has accepted a court-enforceable undertaking from the ACCC to not make the same representations to customers about their rights to a refund, in addition to amending its customer service documents and scripts, and committing to establish an ACL compliance program.

Eliminating departmental friction within MSPs
By Brendon Foye
Nov 1 2019
11:40AM