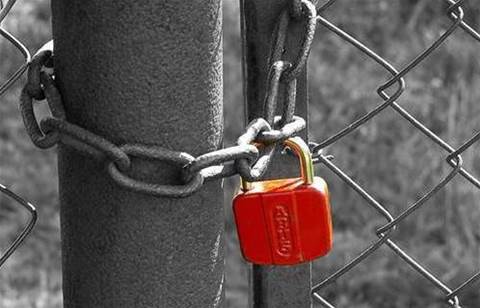 Cloud data management and data protection technology developer Zerto on Thursday made the case for a significant change in how businesses protect their data, calling for continuous data protection to replace traditional backup with the introduction of its new Zerto Data Protection offering.

Zerto is also renaming its data protection and data management platform, previously known as the Zerto IT Resilience Platform, to Zerto Platform to emphasise the management part of its overall capabilities.

Those architectures on the one hand use data replication to provide disaster recovery protection against infrastructure failures or natural disasters impacting mission-critical applications, and on the other hand use periodic snapshots to backup other applications to protect against potential user errors or corrupted data or to meet legal or compliance requirements, Fernandez told CRN USA.

The new Zerto Data Protection offering replaces both replication and periodic snapshots with continuous data protection as a way to protect data for all a customer’s applications, he said.

“Our goal is a package not just for 10 percent, 20 percent, or 30 percent of applications,” he said. “We want to work with any application using Zerto’s continuous data protection for all recovery requirements in a cost-effective way to provide long-term data retention.”

“It provides an opportunity to improve protection against ransomware,” Schniebel told CRN. “To be protected, a business needs long-term data retention. Otherwise, your long-term data can be corrupted so disaster recovery doesn’t work.”

Businesses are increasingly moving data to the cloud, and having a good long-term retention capability like Zerto is offering reduces the need for capital expenditures and infrastructure, Schniebel said.

Sungard will need time to integrate the latest Zerto capabilities into its customer-facing services, Schniebel said.

“But in general, Zerto’s focus on long-term retention as a way to back up data is something I have been pushing Zerto to do for some time,” he said. “Customers want to consolidate their backup and disaster recovery into one solution. This is a new direction for Zerto.”

Zerto Data Protection provides backup for both short-term and long-term data retention, analytics, and orchestration and automation for backup functions, Fernandez said. Zerto Enterprise Cloud Edition adds disaster recovery for on-premises and cloud data, movement between clouds, and orchestration and automation of both disaster recovery and backup functions, he said.

Both are managed in the same console, he said. However, moving as much of the data backups to Zerto Data Protection as possible results in significant cost savings versus competing products, although he was unable to provide numbers to illustrate actual cost savings.

In addition to the new Zerto Data Protection offering, the company Thursday unveiled significant changes to the technology underlying its Zerto Platform

Zerto 8.5 now comes with enhanced capabilities for backing data up to public clouds in addition to on-premises appliances, Fernandez said.

This includes the ability to do long-term data retention from existing storage appliances or cloud storage to Microsoft Azure and Amazon Web Services, with support for the Google Cloud Platform coming later, he said.

“This will let us displace Veeam, Commvault, and other competitors for backup-as-a-service,” he said.