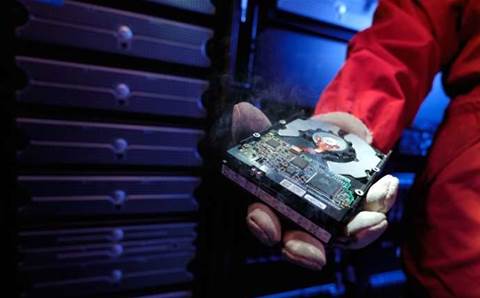 Disaster recover outfit Zerto has grown its sales by 300 percent in past 12 months in Australia.

Zerto said it has signed up 50 new resellers in the past 12 months. The vendor has 250 cloud service providers and 900 reseller partners. The newest Australian partners include Infront, Katana1, Digital Sense and Zettagrid.

This adds to the lineup of heavy-hitting partners which already includes VMTech, Datacom and Thomas Duryea.

In addition, Zerto has recruited former Datacom government relations and business development manager Rod Irvine. He joined Zerto as an account manager based in ACT and will continue working with government suppliers.

Irvine has over 30 years in the IT industry, including his two years with Datacom. His resume includes four years as client director for UXC Connect, nearly two years as Australian territory manager for ActivIdentity and executive business manager for ASG Group. He is also managing director of his own government relations consultancy Leaderboard.

Zerto plans to have around 25 staff locally by June.

“As well as offering a robust disaster recovery as a service tool, Zerto has been a key part of our cloud transition and migration solutions,” said Scown.

“Zerto remains a part of our national infrastructure as a service solution, and has helped Datacom continue to lead the market in innovative cloud-first, service based, and customer focused solutions across the Australian and New Zealand markets.”

Founded in 2009, Zerto is a US-based company that provides disaster recovery software for virtualised infrastructure and cloud. Its flagship products include Zerto Virtual Replication for Microsoft Hyper-V, AWS and VMware vSphere.