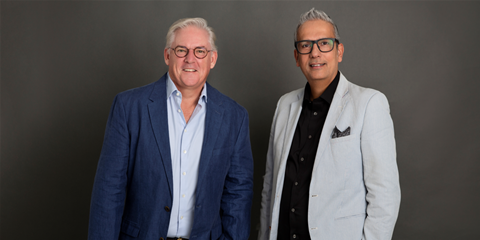 The data analysis platform provider said in a statement today that Whiteing’s appointment, which is effective immediately, would coincide with Zetaris founder and CEO Vinay Samuel moving to the US “to spearhead the company’s international growth.”

Samuel said, “We are delighted David is joining Zetaris.”

“He is a highly regarded business leader whose international experience and strategic mindset will help build on our strong technological platform and respond to the growing demand of our customers for efficient, protected, decentralised data.”

Whiteing worked in Singapore for four years as Standard Chartered Bank’s COO since 2008.

Prior to that, he worked in Sydney for four years as the Commonwealth Bank of Australia’s chief information officer and group executive. He initially joined CBA in 2013 to lead the architecture and planning team in enterprise services.

From 2008, Whiteing worked for four years in the UK as BP’s vice president of enterprise systems and before that he worked for 11 years in the UK and Ireland at multinational professional services provider Accenture as a partner where he developed extensive SAP experience.

Zetaris chairman Rob McLean said, “we are very pleased to have appointed David as our COO and director of our company.”

“Zetaris customers and team members have much to gain from David’s extensive operational experience in developing technological solutions for numerous organisations across various sectors.”

Whiteing said, “I am excited by the opportunity to join such a forward-thinking team at Zetaris and to participate at such an important time in the company’s growth.”

“I am looking forward to using my experience in implementing technology strategies to deliver high performance for our clients.”

In 2020 Zetaris gained access to nine new markets by winning a top spot in Ingram Micro’s Cloud Comet Competition and securing a strategic partnership with the distributor to vend its data platform software to banks, telcos and international government agencies.