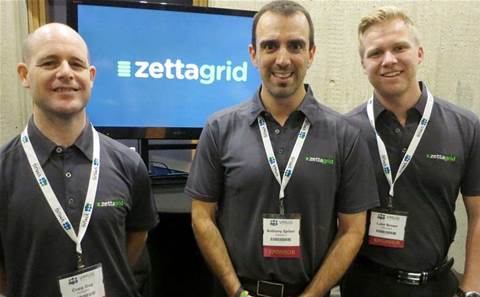 Zettagrid chief executive Nathan Harman said the main driver behind the acquisition was to scale out the business quickly and expand its product portfolio. Conexim sells private, public and hybrid cloud solutions based on VMware and Xen virtualisation. Zettagrid’s cloud is also based on VMware.

He added that Conexim’s “hundreds” of customers would all be migrated to Zettagrid’s cloud platform.

The deal will see Sydney's Conexim integrated into Zettagrid’s business, bringing over one of its four staff to the newly combined business. It also gives the Perth-headquarted Zettagrid a bigger foothold on the east coast market.

Zettagrid said it will continue looking for new acquisition targets as part of an ongoing plan for growth.

Founded in 1993, Conexim provides cloud services to a number of high-profile clients in Australia including the Sydney Festival and Mission Australia.

Zettagrid recently beat out the likes of public cloud giants AWS and Microsoft to score an infrastructure-as-a-service contract with car manufacturer Mitsubishi.