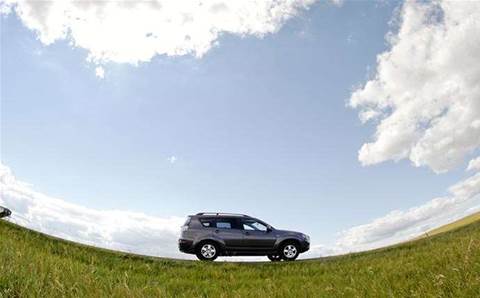 It's a case of an Aussie battler taking on and beating the world's biggest public cloud providers, as Mitsubishi chose Perth-headquartered Zettagrid over Amazon Web Services and Microsoft for its cloud contract.

Vectra has had a long association with Mitsubishi Motors Australia (MMAL), having supported the auto company's mainframe and midrange systems since 1995. Vectra took over Mitsubishi's LAN, WAN, server and desktop support contracts in April 2015.

In January this year, Vectra scored a four-year extension to the deal, with compute, internet and MPLS now consolidated with Zettagrid and set to run until at least March 2020.

The local pair beat out competition from hyperscale cloud giants AWS and Azure as well as Telstra, while displacing incumbent network supplier Telstra in the process.

"MMAL had requirements for data sovereignty that limited the selection of available providers," said Vectra's CIO, David Benda. "Consequently Zettagrid was selected from a restricted EOI process that included other providers who met data sovereignty. Zettagrid was selected due to price, local support and being wholly Australian owned and domiciled."

Vectra has now migrated Mitsubishi's production environment – which ran on-premises at the car maker's Adelaide plant – along with its secondary data centre into Zettagrid's VMware-based cloud.

"They are a very agile company," said Benda. "From our first conversation inviting Zettagrid to answer the MMAL EOI all the way down to the contract signing, there has been a single voice and quick response to all queries."

The Mitsubishi environment, which includes Sharepoint, Exchange and Skype for Business, is now in production in Zettagrid's Melbourne availability zone.

Mark Tiddy, CIO of Mitsubishi Motors Australia, said: "Combining our national network with Zettagrid’s cloud services is going to immediately realise benefits for us at Mitsubishi Motors as well as address a number of existing telecommunications challenges. In addition, migrating to a VMware cloud really smooths the cloud transition process for our organisation because we are all VMware-based."

Luke Brown, Zettagrid's principal technologist, said Zettagrid's maturity was a factor in winning the Mitsubishi work, given that its IaaS platform has been running in Australia since 2010. The Zettagrid cloud now hosts more than 4,000 virtual machines.

Locally owned Zettagrid, which is spread across 11 data centres in Australia, said the win proved it could compete against the size, scale and price of its larger rivals.

The company was invited to tender alongside AWS, Azure, Telstra and VMware vCloud, with Telstra and Zettagrid shortlisted.

Brown said the company won despite facing stiff price competition from its larger rivals. "From our point of view, we can't compete on price and we don't intend to. For us it is about differentiating our offer and driving value."

He said resellers liked the visibility offered by Zettagrid. "For partners, especially when they put workloads into some of the hyperscalers, they lose some of the visibility. That is troubling for them when users are contacting them and asking, 'How are things going right now?' They have trouble finding those results."

Zettagrid differentiates by offering partners "access to high-level guys on our side" as well as analytics and performance metrics, said Brown.

CTO Nicki Pereira added that Zettagrid was "absolutely respectful" of its bigger cloud rivals, but thrilled to support its channel partner, Vectra, with such a plum contract. "We are really proud of the fact that as an Australian company, there is innovation coming out of Australia. The channel is not all doom and gloom."

In 2014, the company announced its new partner program as part of its shift to a channel model, and has seen considerable success from resellers. "Our biggest 15-20 customers are all channel partners," said Brown. "We are growing year on year. Some might have thought the hyperscalers would spell the end for us but we are getting more customers. We are at 4,000 VMs now," he added.

The company also aims to demystify cloud pricing, added Brown. "The pricing of the bigger guys is getting incredibly complex. It's quite hard to know what you will be charged. One of our other points is we try to avoid that bill shock – predictable billing that is simpler than the hyperscale end of town," said Pereira.

"We want our partners and customers to receive a bill, to read it and understand it without needing a university degree."

Pereira said VMware's strong footprint in the enterprise also gave Zetta an edge over rivals, given its familiarity among system administrators within client and partner organisations.

"When you look into a mid-size business, about 65 percent in the enterprise are using VMware… If you do want to move into these hyperscalers, there is rearchitecting and there are some workloads that won't work as well. There are 'ifs' and 'buts'," he said.

Avoiding vendor lock-in is another advantage, added Brown. "Because it is a VMware platform, we can migrate you in and I am sure you can migrate out. That keeps us honest. It doesn't become like Hotel California."

Zettagrid's cloud largely runs on Dell compute with EMC storage, and networking based on Brocade and Juniper. The company, which also offers flash storage, finds that the brand of infrastructure is less important than the service levels it can guarantee customers.

Brown explained: "Customers will often ask, 'What storage tier do I need to be on?' but they often don't have the necessary information we would need. So we would put them on midrange to bottom-of-the-range storage and a week later we will ask them how it is performing. Then we can scale them up to a higher tier. It gives customers less to worry about; it comes down to the performance-versus-price question for them."

Pereira agreed. "When we start dealing with the customer and the business, it is not the technology that is important, it is the SLAs. We can move them from slower disk up to flash disk. It is really down to performance.

"As flash gets better, we are looking at flash. We have customers running on flash and as the price drops we will have more and more workloads running on that. We have R&D going on to push innovation. You can't see one of these hyperscalers converting everything to flash," he said.