Zoom’s Five9 deal on hold as US examines China ties 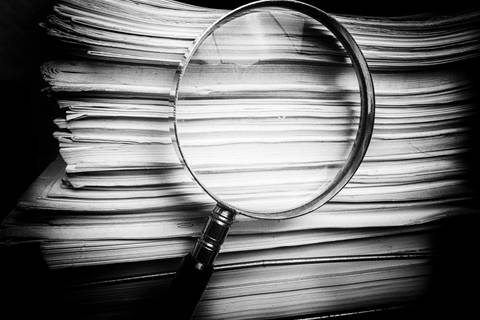 The US government is looking into Zoom’s $14.7 billion acquisition of cloud contact centre software standout Five9 due to potential national-security risks posed by Zoom’s ties with China.

A US Department of Justice-led panel is investigating Zoom’s upcoming purchase of Five9 “to determine whether this [acquisition] poses a risk to the national security or law enforcement interests of the United States,” according to a letter from the U.S. Department of Justice (USDOJ) and Committee for the Assessment of Foreign Participation in the U.S. Telecommunications Service Sector, known as ‘the Committee.’

“USDOJ believes that such risk may be raised by the foreign participation (including the foreign relationships and ownership) associated with the [acquisition], and a review by the Committee is necessary to assess and make an appropriate recommendation as to how the Commission should adjudicate this [acquisition],” said the U.S. DOJ and Committee in a letter to the U.S. Federal Communications Commission in August.

While the Committee is conducting its investigation, the on hold. Zoom is headquartered in San Jose, California, although its development team is largely based in China.

Through a spokesperson, Zoom said it plans to get all the regulatory approvals needed to close on the deal by the first half of 2022.

Five9 did not respond to comment by press time. The Wall Street Journal was first to report the news.

This isn’t the first time the U.S. has formally questioned Zoom’s ties with China. Last year, lawmakers asked the U.S. DOJ to investigate Zoom over its relationship with China.

“Based on numerous reports, we are extremely concerned that Zoom and TikTok have disclosed private information about Americans to the PRC and engaged in censorship on behalf of the Chinese government,” wrote Sen. Richard Blumenthal, D-Conn., and Sen. Josh Hawley, R-Mo., in the letter in July 2020.

Last week, advisory firm Institutional Shareholder Services recommended that Five9 shareholders vote against the acquisition of Five9 due to concerns about Zoom’s growth abilities as COVID-19 pandemic regulations ease in some areas of the world. The advisory firm also noted the deal faces political risk associated with Zoom’s “substantial operations” in China.

First announced in July, Zoom’s $14.7 billion acquisition of Five9 would combine Zoom’s communications platform with Five9’s Contact Center as a Service (CCaaS) to create “the customer engagement platform of the future” and “transform how businesses connect with their customers,” said both companies at the time.

The blockbuster acquisition would provide Zoom an entry into the roughly $24 billion worldwide contact center market as Five9 is a top-notch provider of cloud contact center software.

Five9 CEO Rowan Trollope said in July that the biggest opportunity with the merger is replacing millions of phones throughout the world.

“The biggest opportunity here [is] the millions and millions—tens or even hundreds of millions —of phones that are out there that have to be replaced. And when you replace that phone system, you have to replace the contact center. So our ability to bring those two things together is incredible,” said Trollope during a Q&A call with media and analysts. “From the perspective that I look at with Zoom’s half-a-million customers, that’s an incredible opportunity to go back into that base and add contact center to every single one of those customers.”