Zscaler forks out US$15 million to settle Symantec lawsuits 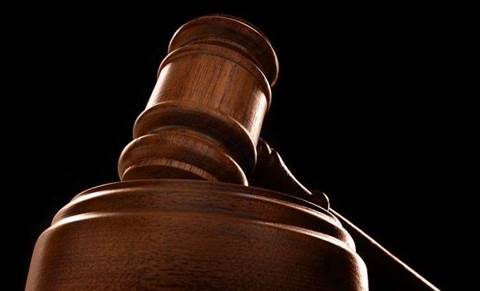 The web and network security vendor said semiconductor giant Broadcom has agreed to provide Zscaler with a patent license, release and covenant not to sue in exchange for the US$15 million payment. The settlement amount is equal to just under 5 percent of Zscaler’s US$303 million of annual sales in its most recent fiscal year.

“We are pleased that we were able to reach an amicable agreement with Broadcom to resolve the lawsuits,” Zscaler chairman and CEO Jay Chaudhry said in a statement. “While we were confident of our position in the case, we believe this outcome is in the best long-term interest of our stockholders and customers.”

Zscaler’s stock is up 68 cents (1.14 percent) to US$60.30 in pre-market trading Tuesday, while Broadcom’s stock remains unchanged at US$301.18 in trading before the market opened. Broadcom acquired the patents underlying the Symantec lawsuits as part of its US$10.7 billion purchase of the Symantec Enterprise Security business in November. Broadcom declined to comment.

“We have an obligation to our customers and our shareholders to defend our intellectual property when we believe it has been infringed, and the lawsuit filed against Zscaler is intended to stop them from copying our pioneering technologies in network security,” Symantec executive vice president, general counsel and secretary Scott Taylor said in a statement at the time.

“We are taking this additional action because we believe that Zscaler is continuing to infringe the intellectual property of Symantec and Blue Coat,” Taylor said in an April 2017 statement. “Symantec has a responsibility to its shareholders and customers to protect the company’s investments in innovative technologies.”

Zscaler chief legal officer Robert Schlossman said at the time that the company defends itself vigorously against lawsuits of this nature.

The company was founded in 2008 as a cloud-based alternative to Blue Coat Systems, and raised US$148 million in three rounds of outside funding before joining the Nasdaq stock exchange as part of a March 2018 initial public offering that valued Zscaler at US$1.9 billion. Today, Zscaler employs 1726 people and has a market capitalization of US$7.63 billion, according to LinkedIn and Google Finance.