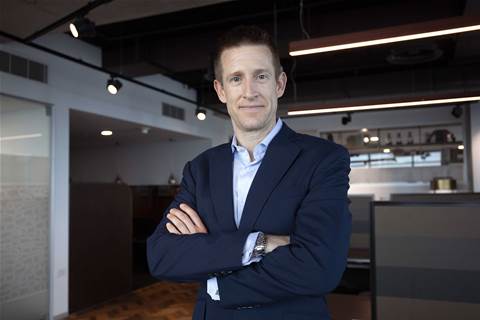 Singer replaces Budd Ilic who joined the company in November 2018 and has moved to a new role of regional director for government at Zscaler. The role will see him remain in the company's regional hub in Sydney.

Based in Sydney, Singer will be responsible for “continued growth of the organisation’s purpose-built cloud security solutions among private and public sector enterprises as well as expanding relationships with local partners,” according to a company statement.

Singer will report to Scott Robertson, Zscaler’s VP of the Asia Pacific and Japan region.

“Steve’s successful track record as a sales leader in cloud transformation and his focus on customer success makes him the ideal strategic leader to further help customers achieve their digital business goals through our industry-leading, cloud-native approach to security while at the same time also supporting the acceleration of Zscaler’s growth in Australia and New Zealand,” Robertson said.

Singer joins the company from Talend where he was the company’s ANZ country manager. Prior to Talend, he worked at NetSuite for five years during which time he held several senior executives roles. Singer also worked for several years at Salesforce in corporate sales as an account executive.

“No other cloud security vendor is as uniquely placed as Zscaler is today,” he said.

“The company is 100 percent focused on developing innovative and comprehensive solutions for cloud security.

“2020 has seen the workplace transformed resulting in new demands for robust security for distributed workforces. As a result, it’s an exciting time to join Zscaler and I look forward to helping our customers move the needle on their digital transformation underpinned with next-generation cloud security which will result in new opportunities for competitive advantage.”