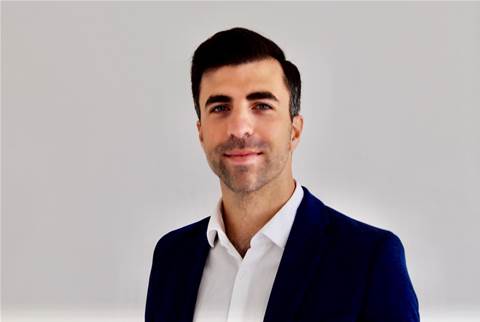 Zscaler’s ANZ head of channels Foad Farrokhnia has been promoted to channel chief for Asia Pacific and Japan.

Since being named ANZ head of channels, Farrokhnia has been based in Melbourne but will relocate to Singapore to take on his new role as Zscaler senior director and APJ channels and alliances leader.

The company described him as a “key catalyst” to Zscaler’s ANZ channel growth due to his strong engagement with executive and key service providers.

From Singapore, Farrokhnia will be responsible for maturing Zscalers channel in the region and developing strategies for further growth, while also developing relationships with the company’s partner ecosystem.

The company is advertising for a replacement for the ANZ channel chief role.

Speaking on his appointment, Farrokhnia said, “I’ve worked closely with the Zscaler regional team for the past year and am excited now to work with our talented channel and alliance partners throughout the region to help companies transform their security posture with the Zscaler Zero Trust architecture and to reach their full potential.”

In April last year, Farrokhnia moved to Zscaler from Telstra where he worked since 2005 in various sales and leadership roles in both Australia and the United States.

In his time with Zscaler, Foad increased executive partner engagement through existing networks and accelerated certification, he launched the vendor’s first professional services program for ANZ and appointed Orca Tech as the company’s first ANZ distributor.

“Foad has a proven track record of scaling and overseeing successful channel sales and partner organisations. During the past year, he has expanded Zscaler’s sales capacity to enable our alliance partners to achieve their full potential at a time when end users customers are increasingly deploying a Zero Trust architecture to defend their businesses against increased cyberthreats and to accelerate digital transformation initiatives,” said Zscaler EMEA & APJ alliances vice president Arun Dharmalingam.

“In addition, Foad has demonstrated consistent leadership capabilities, been relentless in his engagement with partners to foster sales growth in the ANZ market, and was key to the sales teams’ success in the region. His well-deserved promotion is part of our long-term strategy to build out a regional leadership team that represents not only the best talent in the cybersecurity industry but also the team we believe can take the company to the next level.”

The company added that, globally, channel partners accounted for 94 percent, or US$632.4 million, of Zscaler’s revenue in the fiscal year ended July 31, 2021.

Grabbing the hybrid cloud opportunity with Lenovo and Azure Services
By Ben Moore
Dec 16 2021
6:35AM