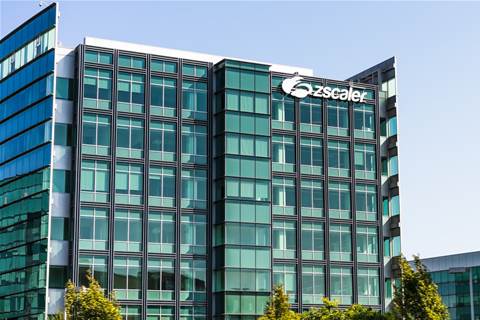 Zscaler has added and expanded its business with channel partners who serve small enterprises as the company pushes downmarket beyond its traditional large enterprise base.

The cloud security vendor said VARs accounted for just over half the company’s revenue in the quarter ended 31 January, up from the high 40-percent range in previous quarters, according to Chief Financial Officer Remo Canessa. The progress Zscaler has made in landing customers with between 2,000 and 6,000 employees has exceeded expectations, according to CEO Jay Chaudhry.

“We put together a first edition of the [Zscaler] Summit [Partner] Program a few quarters ago,” Canessa told investors Thursday. [And] we’re expecting the channel program to have positive results for us in the lower part of the market.”

Zscaler is doing three specific things to grow its business among smaller enterprises, Chaudhry said. First, the company has made a lot of progress in adding more sales reps and sales teams that specifically service smaller enterprises, Chaudhry said. Additionally, Zscaler has expanded its work with channel partners that focus on the space and directed marketing programs that support the segment as well.

“It’s a good opportunity to expand the segment, and we’re doing well,” Chaudhry told investors Thursday. “We are pleased with the performance.”

“These [smaller] guys aren’t that sophisticated; from time to time, they’re going to be tricked into buying something that may not be that sophisticated,” Chaudhry said. “But on the higher end, we haven’t seen any change in competition.” Palo Alto Networks didn’t immediately respond to a request for comment.

Chaudhry said large enterprises are security-savvy and understand the difference between proxy and non-proxy approaches to security as well as the benefits of a zero-trust approach over VPN. As a result, Chaudhry said Zscaler doesn’t expect to see firewall-based architecture in those larger enterprises.

“Find a large bank who believes in not having a proxy but using firewall architecture for security,” Chaudhry said. “I have not found one.”

Zscaler’s stock jumped US$8.21 (4.19 percent) to US$204 per share in after-hours trading. Earnings were announced after the market closed Thursday. The Americas represented 51 percent of Zscaler’s revenue.