ZTE pleads guilty, pays up to US$892 million for selling gear to Iran, North Korea sales 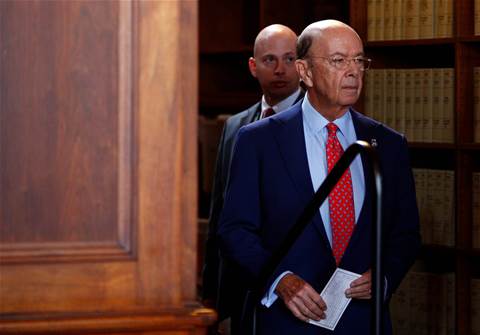 Chinese telecom equipment maker ZTE has agreed to pay US$892 million and plead guilty to criminal charges for violating US laws that restrict the sale of American-made technology to Iran and North Korea.

While a guilty plea deals a blow to ZTE's reputation, the resolution could lift some uncertainty for a company that relies on US suppliers for 25 percent to 30 percent of its components.

A five-year investigation found ZTE conspired to evade US embargoes by buying US components, incorporating them into ZTE equipment and illegally shipping them to Iran.

In addition, it was charged in connection with 283 shipments of telecommunications equipment to North Korea.

"ZTE Corporation not only violated export controls that keep sensitive American technology out of the hands of hostile regimes like Iran's, they lied... about their illegal acts," US Attorney General Jeff Sessions said in a statement.

ZTE agreed to plead guilty to conspiring to violate the International Emergency Economic Powers Act, obstruction of justice for an elaborate cover-up, and making a material false statement for claims it was complying with regulations.

The investigation, spearheaded by the US Department of Commerce, followed reports by Reuters in 2012 that ZTE had signed contracts to ship millions of dollars worth of hardware and software from some of the best-known US technology companies to Iran's largest telecoms carrier.

The Justice Department noted one Reuters article in its statement announcing the plea deal on Tuesday. The original report can be read here.

"ZTE acknowledges the mistakes it made, takes responsibility for them, and remains committed to positive change in the company," ZTE chief executive Zhao Xianming said in a statement.

The company's guilty pleas, which must be approved by a judge, will take place in US District Court in Texas. The Shenzhen-based company has a US subsidiary in Richardson, Texas.

In March 2016, ZTE was placed on a list of entities that US firm could not supply without a license. ZTE acted contrary to US national security or foreign policy interests, the Commerce Department said at the time.

Commerce will recommend that ZTE be removed from that list if the company lives up to its deal and a court approves its agreement with the Justice Department.

ZTE warned last month the penalties could impact its results. The company has a market capitalisation of about 60 billion yuan (A$11.4 billion), according to Thomson Reuters data.

It has continued to do business with US suppliers under a temporary general license that was extended several times, with the latest reprieve expiring 29 March.

ZTE purchases about US$2.6 billion worth of components a year from US technology companies, according to a company spokesman. Qualcomm

Authorities said executives at ZTE approved the scheme to prevent disclosure of the sales. The scheme included a data team that destroyed or sanitized materials involving ZTE's Iran business after March 2012.

"Despite ZTE's repeated attempts to thwart the investigation, the dogged determination of investigators uncovered damning evidence," said Douglas Hassebrock, director of the Commerce Department office that led the investigation.

ZTE replaced executives allegedly involved, including naming a new president. Last month, it announced that Shi Lirong, who stepped down as president in April, resigned as a non-executive director.

The company on Tuesday agreed to a seven-year suspended denial of export privileges, which could be activated if there are further violations. A denial order would bar the receipt of US origin goods and technology.

The denial order is key to keeping ZTE in line, said Eric Hirschhorn, former Under Secretary at the Commerce Department, who was involved in the investigation.

“If the suspension is removed, they’ll probably be put out of business,” he said.

ZTE also agreed to three years of probation, a compliance and ethics program, and a corporate monitor.

The settlement includes a US$661 million penalty to Commerce; US$430 million in combined criminal fines and forfeiture; and US$101 million paid to the Treasury’s Office of Foreign Assets Control (OFAC). The action marks OFAC's largest-ever settlement with a non-financial entity.

ZTE also agreed to an additional penalty of US$300 million to the US Commerce Department that will be suspended during a seven-year term on the condition the company complies with requirements in the agreement.

In addition to being one of the world’s biggest telecommunications gear makers, ZTE is the No. 4 smartphone vendor in the United States, selling handset devices to US mobile carriers AT&T