ZTE returns to profit after taking hit from US supplier ban 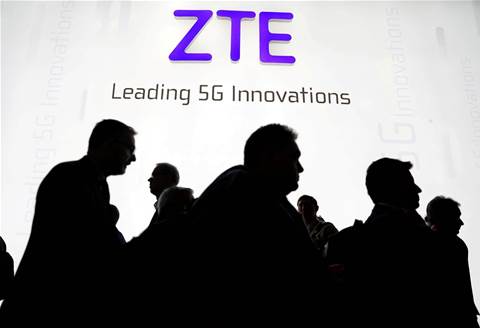 China's ZTE Corp said it expects to make a profit in the third quarter after recording its worst-ever first-half net loss on Thursday, the result of a US supplier ban that forced the telecoms gear maker to halt operations for three months.

ZTE, the world's fourth-largest telecommunications equipment maker by market share, was crippled in April when the United States imposed the seven-year ban, saying ZTE broke an agreement to discipline executives who conspired to evade US sanctions on Iran and North Korea.

The company expects to post a net profit of between 24.2 million yuan (US$3.54 million) and 1.0 billion yuan (US$146.40 million) in the three months to 30 September, it said in a filing to the Shenzhen stock exchange.

That compares to a net profit of 1.6 billion yuan a year earlier and a net loss of of 7.8 billion yuan in the first half of 2018.

The company's new executives told shareholders on Tuesday that production had returned to normal and orders are in line with those of July and August last year.

The ban, which became a source of friction in Sino-US trade talks, was lifted in July after ZTE paid US$1.4 billion in penalties and agreed to radical management change, allowing the firm to resume business.

The company's first-half loss was in line with the 7 billion to 9 billion yuan estimate given last month.

Due to that loss, ZTE still expects a net loss of 6.8-7.8 billion yuan for the first nine months of this year despite its forecast of a net profit in the July to September quarter, it said in the exchange filing.

Operating revenue in the first half of this year fell 27.0 percent to 39 billion yuan.

The Shenzhen-based firm and cross-town Huawei have come under increasing pressure in Western markets as global trade tensions increase and politicians cite possible links to China's government as a security risk.

Australia's government last week said it would ban Chinese firms that it deems likely to be subject to government direction from supplying the country's fifth generation (5G) telecommunications network on security grounds.

ZTE's shares closed down 2.6 percent in Shenzhen ahead of the earnings announcement. Its Hong Kong shares traded down 1.1 percent. The firm lost about US$3 billion in market value when trading of its shares resumed in June after a two-month suspension.