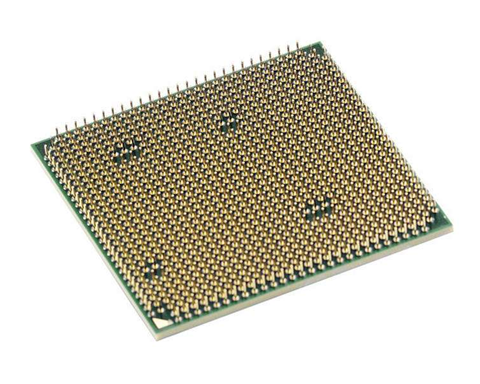 The Phenom II X6 1075T is AMD’s latest six-core CPU for the AM3 platform. Frankly, there’s nothing very new about it: picture a Phenom II X6 1090T clocked down to 3.0GHz and you’ve got it precisely.

Still, it’s a capable processor. AMD’s Turbo Core technology boosts the frequency to 3.5GHz when three cores or fewer are in use, giving a lift to everyday tasks when heavy multi-threading isn’t required. It isn't as flexible as Intel’s more granular Turbo Boost system, but it helped the 1075T score a solid 1.93 overall in our benchmarks, running under Windows 7 with 2GB of DDR3-1066 RAM. That sets it roughly on a par with Intel’s quad-core i7-870, for around $37 less.

Yet the X6 1075T is not unequivocally a good value option. Yes, the fact that it’s possible to build a complete six-core workstation for under a thousand is impressive. Go the Intel route and you’ll pay more than that for the CPU alone.

But only certain workloads will benefit from a six-core processor. The cheaper Phenom II X4 970 has only four cores, but at its stock speed of 3.5GHz it beat the 1075T in every one of our tests — save for the highly multi-threaded 3ds Max benchmark, where the six-core CPU shaved 8% off the X4’s completion time.

Even if you do need a six core processor, for tasks such as 3D rendering, the top-of-the-range X6 1090T is arguably a better buy. While the X6 1075T is locked at 3.0GHz, its bigger brother is a Black Edition which you're free to clock up to 4GHz and beyond. Even with a regular cooler, this should give a significant performance boost that's well worth the $21or so price difference.

All of which makes the 1075T an attractive option only if you’re extremely averse to tinkering in the BIOS — or if you specifically need six core-power on a very limited budget.

Cloud application revenue made easy
By Darien Graham-Smith
Sep 27 2010
10:46AM