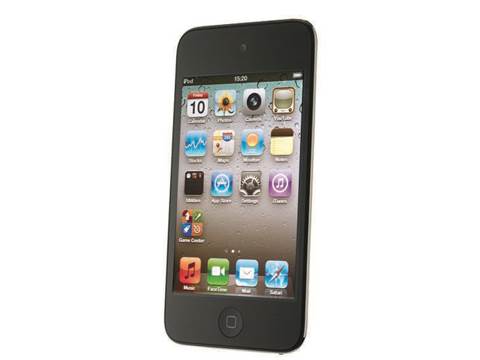 The nano takes the plaudits for most adventurous iPod update, but the touch runs it a close second. Cast your eye over it briefly and it doesn’t look as if much as changed over the previous version. It’s still largely the same form factor, with the same-sized 3.5in screen, curved corners and shiny chrome rear. It’s lost a little weight and has been slimmed down a little, measuring 7.2mm thin and weighing a mere 101g.

But these physical changes aren’t particularly dramatic. The maximum capacity hasn’t been boosted, and the prices are still high. The iPod touch is available in three sizes: the 8GB costing $289; the 32GB costing $378; and the 64GB costing $499.

Take a closer look, however, and you’ll notice plenty of new features to get your teeth into. The first and most obviously noticeable are the two small camera lenses, one on the rear and one on the front of the device. The former enables HD video recording at 1,280 x 720 and 30fps, although it uses a backlit CMOS sensor just like the iPhone 4, so don’t expect top quality. Footage isn’t nearly as punchy, crisp and deeply saturated, and looks very noisy in low light, but stick to well-lit scenarios and you’ll find it a handy extra.

Oddly, photos can be captured only at 960 x 720, which makes us wonder why Apple bothered at all, and the results look worse than that resolution suggests: photos are flat, lifeless and grainy. Another strange omission is you can tap the screen to adjust exposure for a particular area, but not to focus.

The front-facing VGA camera is fine for making FaceTime calls, however. Calls to the touch can be made using a registered email address, and work as well as your internet connection allows. In our tests we were able to connect easily, but video was a little on the choppy side.

The key update, however, is the introduction of Apple’s “Retina” screen to the iPod touch, which takes the resolution from 480 x 320 up to 960 x 640. Reading web links and headlines becomes easier while zoomed out, icons look crisper and cleaner and it’s a revelation for games and video playback.

It isn’t quite as glorious as the iPhone 4's display: viewing angles aren’t as good, with colours shifting significantly when you view it off-axis, but it’s very good nonetheless. And there are other iPhone 4 features here too, with the three-axis gyroscope, ambient light sensor and Apple’s A4 processor all making the transition.

It’s worth pointing out that not every app that works with the iPhone 4 will work as well or as smoothly on the iPod touch, simply because the touch has only half the RAM. But as an all-round gaming, music and video-watching device, there’s little that comes close to its versatility.

With iOS 4.1 on board it’s just like using an iPhone, complete with Apple’s huge library of apps and brilliant selection of games. Web browsing performance matches the iPhone 4’s too, rendering the BBC homepage over a fast Wi-Fi link in an average of eight seconds, and completing the SunSpider JavaScript benchmark in a fast 10.5 seconds.

Music playback is highly accomplished, with enough power to drive both over-the-ear and in-ear headphones to ear-bleeding levels. We hooked up a variety of headphones to the touch, from a big, beefy pair of Sennheiser PXC 350s to a diddy pair of Ultimate Ears 700s, and everything from classical to dance was delivered with clarity and punch. If anything it errs on the bright side of average, and here the lack of EQ adjustment may grate, but for the most part the iPod touch is a highly listenable music player.

If that’s all you want, the iPod touch is overkill. We’re not convinced by the video recording and photo quality, we’re yet to be completely sold on the FaceTime concept either, and we think the prices for the 32GB and 64GB versions should be lower. While the 8GB version looks more appealing, as soon as you start shooting HD and loading up games and apps you’re going to start running out of space rapidly.

But the new screen adds a touch of luxury, strengthening the all-round entertainment credentials of the iPod touch, and gives you many of the features of an iPhone 4 without the burden of an expensive long-term contract. If you’ve got the cash to splash, there isn’t anything else to rival it.