Battle of the eBook Readers: which is best? 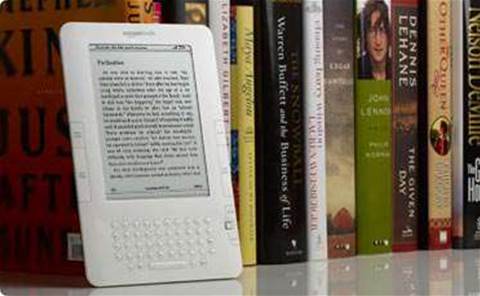 We've seen a smattering of eBook readers trickle through our Labs, but this year marks the first time that manufacters are seriously including Australia in their eBook plans. As with all handheld devices, there are some important personal decisions to be factored into your choice of reader, sych as size, features, capacity ... and of course, the available book selection.

Our verdict? The Kindle wins out, though it's a close race. Read on to find out why it pips the rest. 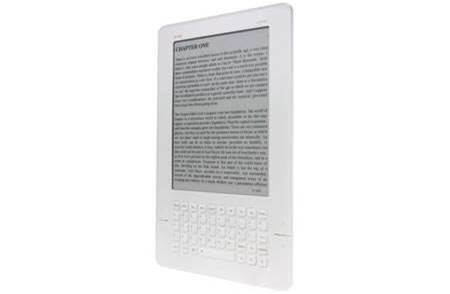 The iRiver Story is a likeable device, with a 6in, 600 x 800 E Ink screen set into an attractive matte-white case. Below the screen is a spacious, usable Qwerty keyboard, and to each side of it, flush with the edges of the case, are large page-back and forward keys. Along the bottom edge is a plastic panel covering an SD card slot, a mini-USB port for file transferral and charging, and a 3.5mm headphone socket.

The screen isn’t as good as the other readers here, the background looking greyer and the text less inky, but it’s still perfectly readable. The Story’s menu system is both intuitive and responsive, however.

You can take notes with the keyboard or carry out keyword searches, load up MP3 files to listen to via the 3.5mm headphone socket or the speaker on the rear, and record voice memos with the integrated microphone.

Battery life is the same as with the previous version (quoted at 9,000 page turns) and storage space remains generous – 2GB, plus space via the memory card slot. 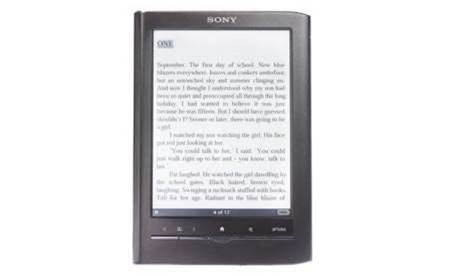 The Reader Touch is a gorgeous piece of hardware. The front bezel and spine are cool-to-the-touch brushed aluminium, the rear panel has a grippy rubberised plastic coating, and the whole unit feels as if it’s been put together with a craftsman’s fine attention to detail. It’s solid as a rock and feels nicer to hold than the Kindle.

It has 2GB of internal storage, plus twin memory card slots on the top edge for expansion (one for Memory Sticks, one for SD cards). On the bottom edge resides a 3.5mm headphone socket for listening to audiobooks or MP3s, while a stylus is tucked into the top right-hand corner for making notes. 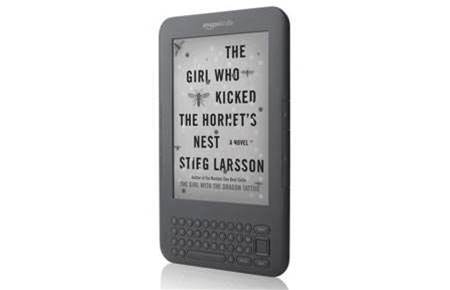 Amazon has beefed up the specifications on the latest iteration of its popular Kindle reader. It has upped the available storage to just over 3GB and added the new E Ink Pearl panel, which is as comfortable on the eyes as words on a page, even in direct sunlight.

Physically, the device is a little slimmer than its predecessor. Amazon has achieved this by reducing the thickness of the bevel and tweaking the keyboard. Page turn buttons are mounted on the left and right, with forward and back replicated on both sides so you can turn pages one-handed.

The bottom edge of the device sports a volume control and 3.5mm headphone jack (the rear-mounted speakers are surprisingly effective as well) along with a microUSB connector for both charging and data transfer. Finally, there’s a slide/release power switch that incorporates an LED to indicate the charging state. Amazon continues to resist the temptation to adopt touch technology, but the usefulness of touch is a very personal thing.

Battery life is quoted at up to one month with wireless turned off. In the real world, however, Amazon encourages you to keep it switched on so you can store the furthest point reached in a book. This is odd given that all other bookmarking is handled on the device itself and keeping the wireless on has the effect of reducing battery life by at least half. Still, two weeks is perfectly manageable given that the charging time is only around an hour from flat. 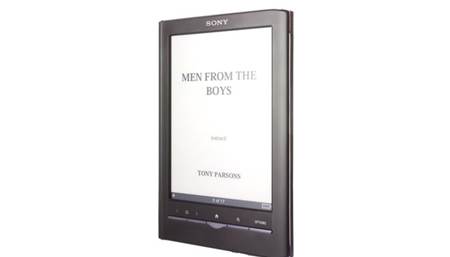 It would be stretching the bounds of reality to call this truly pocketable – it won’t slip comfortably into the pocket of your jeans like a phone, but it’s lighter and more compact than most paperbacks, and at 104 x 9 x 145mm (WDH) and 155g you can sling it in a bag without a thought for the extra weight or bulk.

That petite frame inevitably means it has a smaller screen than the Touch’s 6in effort, and it also lacks the Touch’s expansion slots and audio capabilities, but in all of the core areas it matches its bigger brother, blow for blow.

In fact, as far as that display is concerned, the Pocket has a slight advantage over its rivals. Since it has the same number of pixels spread over a smaller surface area, the pixel density is higher (200dpi versus 167dpi), and this leads to crisper text edges.

The Pocket Edition is just as accomplished an eBook reader as the bigger Touch. In some ways, it beats it: it’s smaller and lighter and looks a touch sharper. But Sony’s pricing keeps the Pocket Edition more expensive than the Kindle and that makes it a difficult sell.