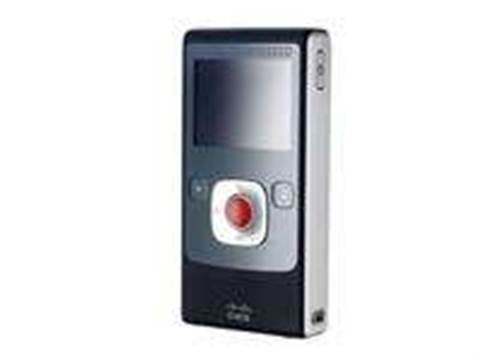 The latest Flip UltraHD adds a couple of major new features to the armoury: image stabilisation and 50fps video recording.

There’s still no upgrade to 1080p, but it’s the first time we’ve seen image stabilisation on any pocket video camera, and it combines with the new, super-high frame rate to spectacular effect. This smoothes out panning and action shots beautifully, and the stabilisation works effectively to eliminate camera shake. We clamped the old and new Flip UltraHD together and shot a scene while walking along the street to get an idea how much of an improvement had been made and were blown away by the difference.

That isn’t the only change. The new UltraHD is slimmer than before, and thus more pocketable. It still comes with a rechargeable battery and the option to replace that with standard alkaline or lithium cells in an emergency, but this time you’ll need three AAAs instead of two AAs.

Elsewhere, all the things we’ve grown to love about Flip cameras remain: the 2in transflective screen you can view in direct sunlight; the brilliantly simple onboard software; the integrated HDMI output; the 8GB of on-board memory good for two hours of 720p video; and the flip-out USB arm.

Image quality is a different story, however, and here Flip has made some odd choices. With the extra frames we’d expected to see a higher bit rate, but in fact there’s very little difference between the two cameras. The new UltraHD still hovers around 9Mbits/sec, and the result is that some details are lost to aggressive compression. There’s a touch more noise in low light situations, and colours look a little oversaturated.

Realistically, though, the improvements outweigh this small backwards shuffle. Image quality in all conditions matches or surpasses any other pocket video camera on the market, and its ease-of-use is peerless. The price is a touch high, but if you want the best, it’s worth paying.