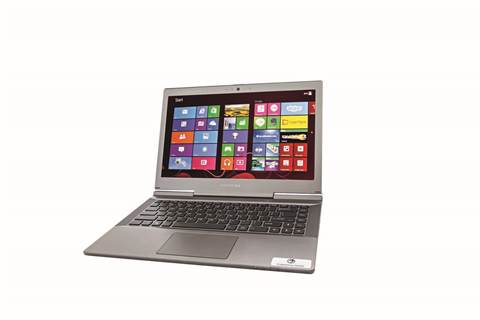 Last month we looked at the desktop version of Intel’s fourth generation Core processors, codenamed Haswell. While it delivered the same sort of incremental performance gains that we are used to seeing from Intel’s desktop CPUs, it was clear that the real benefits of the new architecture would be seen on the mobile front.

Whereas Intel tends to make its desktop CPUs available from retailers on the day of the new product launch, mobile variants take a month or two to make their way into production laptops. This trend continues with Haswell, and while we have seen numerous products that will use the CPUs, at the time of writing none of them was available to buy.

In order to see just whether or not these mobile CPUs can live up to their promises, we have gotten our hands on an engineering sample from local Laptop vendor, Venom. This system is dubbed the Venom Blackbook Zero, and is a surprisingly powerful unit for its size and weight. It is a 14in model, with a 1920 x 1080 screen, 16GB of DDR3, 240GB SSD and 1TB HDD. It comes in at a mere 20.8mm thickness and weighs only 1.9kg. When the final version ships it will be priced at $1949.

Hot off the plane from Computex, the really exciting thing about this laptop is that it packs a Core i7-4750HQ CPU with Iris Pro graphics. Not only is this the first mobile Haswell CPU that we have tested, but this model gives us our first chance to see how Intel’s new high end integrated GPU performs.

Before we get to performance, it is important to understand Intel’s strategy when it comes to its mobile Haswell processors. In keeping with the shift towards mobile as a priority in development, Haswell is available in a multitude of different designs, and variation occurs not only in the number of CPU cores and clockspeeds, but also in the different kinds of integrated GPUs.

With Haswell there are now three major GPU types that Intel includes in its processors. Intel HD Graphics is the most basic of these, based upon the GT1 design that was seen in Ivy and Sandy Bridge CPUs. Moving up the performance scale we see the Intel HD Graphics 4000 series, which comes in several variants (4200, 4400 and 4600) and is the same as the GT2 GPU seen on higher end Sandy and Ivy Bridge CPUs.

At the top end of the integrated graphics performance scale sit three new GPU designs, all based on a new level of graphics called GT3. This comes in three variants,
split according to processor wattage. For 15W (Ultrabook) CPUs  there is
the Intel HD graphics 5000 GPU, for 28W designs there is the Intel Iris graphics 5100 and at the top of the stack sits the Intel Iris Pro 5200 graphics core, which appears on CPUs with a 47W TDP.
It isn’t just the TDP that sets the Iris Pro GPU apart, however. This design features 64MB of embedded DRAM (eDRAM), which effectively acts as an L4 cache for both the CPU and GPU. This enables Intel to squeeze the most 3D and OpenCL performance out of Iris Pro 5200 processors, and helps to make this a significant step up from Intel’s traditionally underwhelming integrated GPU performance.

This promise is borne out by our Crysis benchmark, where the Iris Pro managed to deliver a near-playable 27fps at high detail. At medium its framerate was a more than adequate 57fps, indicating that this is indeed a ‘good enough’ solution for casual gaming, and effectively knocking low-end discreet GPUs off the market.

Not only does the GPU perform admirably, but the CPU performance of the Core i7-4750HQ is also fantastic. In our Real World Benchmarks it managed an overall score of 0.96, which is nearly as fast as our reference Core i7-2600K system.

Being a mobile CPU running at 2GHz, it doesn’t quite have the grunt of the equivalent desktop version, but it is damn close and more than adequate for everything but the most demanding of tasks. Add to this the fact that it managed to survive for five hours when running our light use benchmark and it looks like it will be a great unit if you want to balance performance with mobility. It certainly doesnt have Ultrabook level lasting power, but it does pack a lot more performance than we expect from the Ultrabook variants of Haswell.

While this is only an engineering sample, the Venom Blackbook Zero offers ample proof that Intel’s increased focus on mobile performance is paying off in droves. Not only are we seeing unprecedented levels of integrated GPU performance, but the robust CPU performance is astonishing, considering that we are looking at a laptop that weighs under 2KG and is only 20mm thick. Despite its size, this unit packs enough power for the vast majority of end users, even those who want to engage in some light gaming.