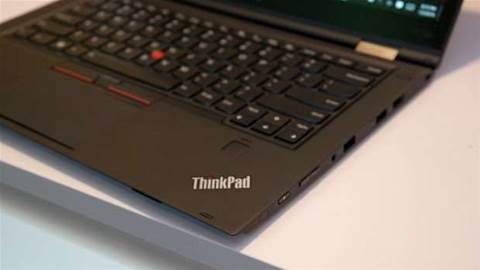 Question: What do you do once you've created the last word in business ultraportables? One that's already “dripping with features that professionals will love”, to quote our review of the Lenovo ThinkPad X1 Carbon. A laptop that packs immense power and a 14in screen into a chassis weighing a shade over 1kg. The answer, it turns out, is to kit it out with a stunning, eye-popping, attention-grabbing OLED screen.

The best comparison I can think of to explain the difference between 14 inches of OLED beauty with even a top-notch IPS display is to imagine two paintings side by side: one watercolour, one pastels. Use whatever adjective you like - intense, rich, vibrant, bold - but the end result is that, afterwards, other screens just look a little bit drab.

There is a battery hit. Lenovo says the new ThinkPad X1 Yoga lasts 11 hours with the IPS display, but only 9 hours with the OLED screen. You may also find that photos that look fine on a typical display suddenly look over-saturated on OLED technology (talking of which, you'll note that I haven't included a photo of the OLED display next to an IPS version; this wasn't for lack of trying, but the difference simply doesn't show in a photo).

The other big change, as the name of the ThinkPad X1 Yoga indicates, is that the keyboard of Lenovo's flagship business ultraportable now flips around 360 degrees. So, you can use it in laptop mode, tent mode (like an inverted V), stand mode and as an absolutely enormous tablet. The keys retract into the base for this last mode, to make the rear feel flatter in the hand. 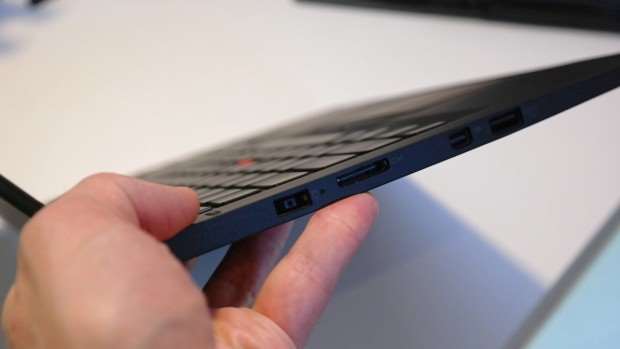 When using a 14in “tablet” that weighs 1.27kg, however, I suspect most people will rest it on a table or their legs, perhaps scrawling notes during a meeting using the ever-so-clever “Stylus Pen”. This stows away inside the base of the Yoga, which is also how you charge it. Neat. Even better, if the battery starts to run low (after around two hours) then inserting it back into the slot for five seconds will inject 100 minutes' worth of charge.

There are a couple of other less dramatic improvements to the X1 Yoga compared with the X1 Carbon of 2015. One of my favourites is a much smaller power supply (see the photo below) that can quick-charge the X1 to 80% within an hour. A fingerprint reader, which supports Windows Hello, is another nice touch. (Sorry.)

There's also a myriad of ports, including three USB 3.0, a microSD slot and Lenovo's updated OneLink+ connector. To this, you can connect Lenovo's new compact docking station, which includes an Ethernet port and support for output to dual 4K displays.

All those relatively small improvements apply to the updated Lenovo Carbon X1 too, and both machines share the same powerful internal components, including the latest Intel Skylake processors, right the way up to a Core i7 vPro. Even storage is given a juicy boost via a fast NVMe SSD. In short, this laptop can be as stunningly powerful as you want it to be.

The X1 Yoga is due to ship later this month, but as ever with the ThinkPad X1 range, it won't be cheap. Prices for the IPS version will start at $1,449 - I don't have UK pricing yet - so this is very much a machine for the high-flying executive.

Grow your software revenue by selling these 5 affordable, essential tools for the modern workplace
By a Staff Writer
Jan 15 2016
6:48AM