Hands on with the Google Pixel 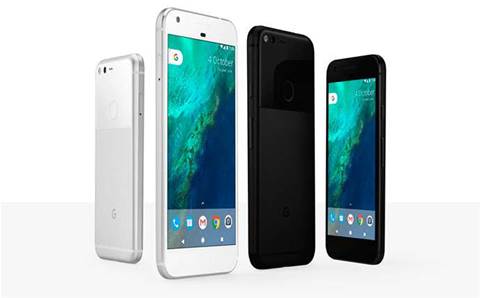 The Samsung Galaxy Note7 fiasco is bittersweet for Google.

What was potentially one of the biggest-selling Android devices was canned just two months after going on sale. But despite 2.5 million Android phones being pulled off the market, this also creates an opportunity for Google as its Pixel phone becomes the new standard bearer for Android.

'Co-opetition' between hardware and software partners is not new. Microsoft set the tone when it launched Surface in competition with its hardware partners. Samsung has also been moving to lessen its reliance on Google's operating system. While Samsung's high-end smartphones still run on Android, its entry level devices use Linux-based Tizen.

With the threat of Android fans switching to Apple after the Note7 debacle, Google's Pixel may well be a weapon to shore up its base while also wooing iPhone users. By the look and feel of the Pixel, Google wants to make that transition as smooth and easy as possible.

We reviewed the larger Pixel XL, thought the only major differences from the Pixel are the larger screen size and price.

For the uninitiated, the Google Pixel is fitted with a 5-inch, 1920x2018 resolution AMOLED screen, or a 5.5-inch, 2560x1440 for the XL. Both phones are powered by the Qualcomm Snapdragon 821 quadcore processor and 4GB RAM, and come with either 32GB or 128GB of storage, though choosing to upgrade to the larger storage option will set you back another $150.

There's no SD card slot, but Google thinks you're pretty familiar with the cloud storage; it comes with unlimited backup for photos and videos.

Even though Google made a big song and dance about designing its own hardware, the phone was actually made by HTC. You won't find any trace of HTC on the Pixel, though it looks like Apple may have had more of a design influence than anyone else.

From the space grey to the rounded edges, the first thing we noticed was how much the Pixel looks like an iPhone 7. If Google are hoping to win over Apple users, easing them into the transition with a similar product is a good idea.

For Google to take a punt this big, there's no way the Pixel could not be a good smartphone. To crib some Apple nomenclature, it just works. The real selling point for the Pixel will be its exclusive software, which doesn't come with any other Android device.

Pixel Launcher is the overhaul Android phones needed. Google has done away with the search bar on the home screen and replace it with a single widget that when selected, opens up a full Google search homepage.

Apps have been moved to a new bar on the bottom of the screen, clearing up the homepage and allowing users to slide up from the bottom to look at all apps.

For such an impressive smartphone, it might have been too much to ask Google to also beat Samsung and Apple on price. The Pixel and Pixel XL are priced to match the Galaxy S7 and iPhone 7, all of them suffering from 'Australia tax'. This just means price probably won't be a consideration if you're after a high-end smartphone.

Google Pixel is a safe bet, especially if you're an iPhone user considering jumping ship. It's also pretty easy to choose over the Samsung Galaxy Note7, given you're now unlikely to ever get your hands on one.