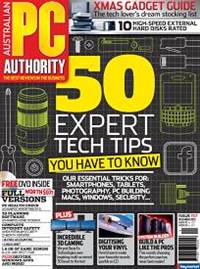 Portable drives demand less space than desktop models, and since they don’t require a separate power cable they’re more convenient to carry around. We’ve long been fans of Iomega’s eGo range, an elegant series of drives in various colours.

All portable drives are a trade-off. For a start, performance tends to suffer. Once, slow USB 2 connections masked the difference in performance between desktop units and portables. Now, with that bottleneck out of the way, the gap is clear. So it’s no surprise that the eGo was well below the halfway mark in every one of our tests.

Indeed, even by portable drive standards it isn’t a star performer: in most of our tests it achieved only around 90% of the average speed for this month’s portables, and in the small-file write test it was one of the slowest.
However, even at its worst the eGo is at least 40% faster than a USB 2 drive, and for reading and writing large files the improvement was closer to 250%.

Another downside of portable drives is price: on a per-gigabyte basis, the Iomega eGo Portable is more expensive than any of this month’s desktop drives. But at 31.8 cents/GB it’s nearly the cheapest portable model here, with only the 1TB Seagate GoFlex drive working out cheaper.

Iomega also sweetens the deal with some worthwhile freebies. You receive a full year’s licence for Trend Micro Internet Security (which detected 97% of online threats in our last Security Suites labs), a free copy of EMC’s simple Retrospect Express backup suite and a new tool called v.Clone that lets you carry a virtualised copy of your home PC with you wherever you go. It’s a great idea, as long as you remember to sync it regularly.

If you want a fast drive for a low price you’re clearly better off with a desktop model. And even among portable drives, the Iomega eGo Portable isn’t the best performer. All the same, it’s a big step up from USB 2, and compared to its rivals it’s a well-priced and beautiful device.