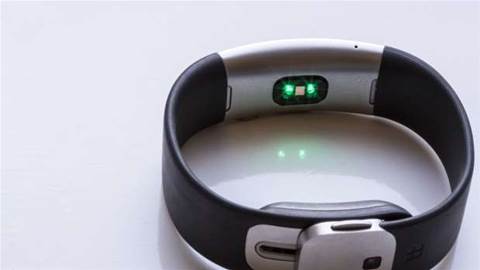 As we've only had it for a few days, these are our early thoughts on the Microsoft Band 2. We'll be using it over the next few weeks and passing it around the team so the cyclists, runners, gym-goers and golfers all get a chance to try it out – and we'll be updating the review with everyone's feedback.

The original Microsoft Band was not a masterclass in design. Part fitness tracker and part wrist-borne ASBO tag, Microsoft's first foray into the fitness tracking space was a curious hodgepodge of health-tracking sensors, questionable design and smartwatch-esque features. It was an ambitious, yet flawed addition to the world of fitness trackers. Now, the Microsoft Band 2 is attempting to right those wrongs.

The only familiar thing about the Band 2 is its narrow, rectangular display. Almost everything else has changed, and for the better. Gone is the flat screen and bulbous all-black design of the previous model. The strap is now substantially wider, by a significant 3.5mm, and a larger curved AMOLED display takes centre stage.

Metal edges surround the bright, clear screen and roll around the rear. Even the adjustable clasp is now made from metal. The Band 2 is arguably what the first band should have looked like in the first place.

Wrap it around your wrist, and the biggest improvement is immediately obvious – it's now quite comfortable to wear. The metal latch provides a good amount of adjustability, and the wider, more pliant strap means that getting a snug fit doesn't end up cutting off the blood supply to your hand. Personally, I found the original Band was either too loose or too tight – and often unpleasantly uncomfortable – so this is a huge step forward.

One thing that remains is the proprietary charging cable, although Microsoft has tweaked the design. Instead of attaching to the rear of the display as with the original, this now snaps magnetically to the end of the strap, with small plastic prongs helping to hold it in place. The best news, though? The Microsoft Band 2 charges from empty to 80 percent in half an hour, with the final 20% taking another hour to trickle-charge.

While the original Band had ten sensors, the Band 2 turns it up to eleven, adding a barometer to the mix. This allows the Band to more accurately estimate how much altitude you lose or gain on your runs and rides, or simply measure how many flights of stairs, or “floors”, you've climbed throughout the day.

The full list of the Band 2's sensors is impressive. It measures your heart rate, skin temperature and galvanic skin response; it has a three-axis accelerometer and gyroscope, GPS, an ambient light sensor and a microphone – the list goes on and on. It's this team of sensors that fire raw data into the Microsoft Health app on your smartphone and then up to Microsoft's cloud, where all the juicy data is chewed through and analysed, before being fired back to the Health app on your phone. 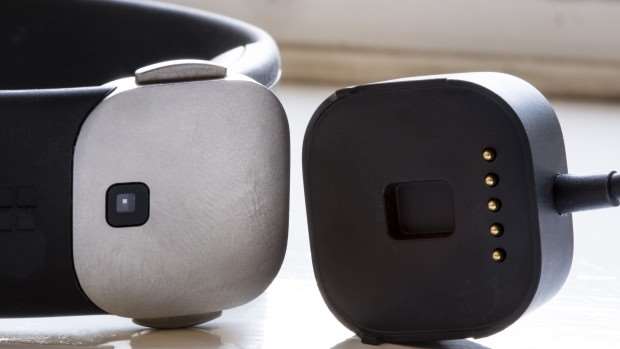 The sheer ambition of the Band 2 is difficult to fault. This is a fitness band that wants to be as useful to a gym-frequenting exercise fanatic as someone who just wants to get a clearer idea about how much (or how little) exercise they get on their daily grind.

Strap it to your wrist, and you can forget about it if you want. It'll still tell you how far you've walked, how many calories you've used and even attempt to analyse how well you've slept. It'll also estimate how many of the burned calories were fat and how many carbs, in the hope of helping you eat the right stuff. It seems versatility and hands-off ease of use are front and foremost of Microsoft's vision.

Next: cycling, walking and sleeping