The OnePlus 3 is one of the most highly anticipated smartphones of 2016 so far, and it has a lot to live up to.

Its predecessor, the OnePlus 2, has been my pick of the sub-$600 smartphones ever since it launched last year, and is still on sale at AU$450. The new model is $150 more expensive, so is the OnePlus 3 worth the price hike?

Immediate impressions are positive. Although the phone has the same 5.5in-sized screen as the OnePlus 2, elsewhere, it's all change. The headline specifications see the new phone move to the faster, more efficient Snapdragon 820 processor, with twice the amount of RAM. The OnePlus 3 has NFC in addition to a front-mounted fingerprint reader, allowing it to be used for contactless payments via Android Pay. Although the screen is the same size, OnePlus now employs AMOLED tech where its predecessor had an IPS display. And the camera sees an upgrade in resolution and features. 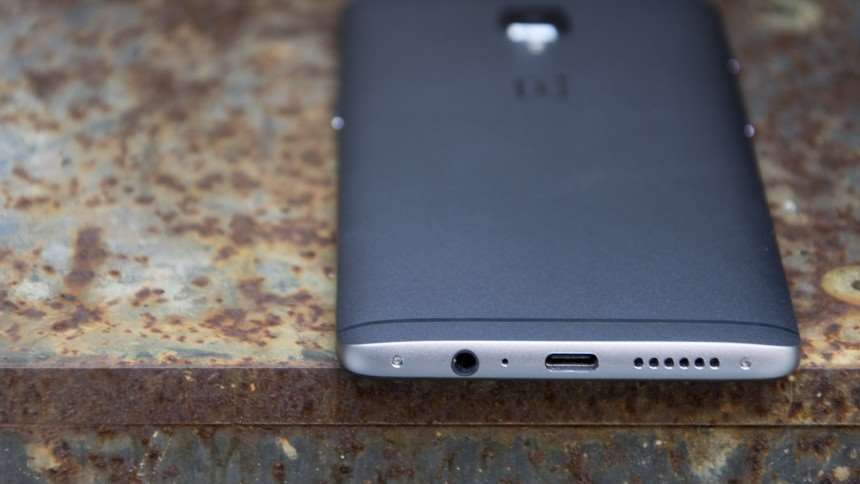 I wasn't quite as bowled over with the design when I first clapped eyes on it. It looks bland from a distance; a design that's indistinct, that looks eerily like the long-lost love child of the HTC One M9 and Honor 5X, that simply doesn't make a statement.

Get it in your hand, however, and it's a different story. The OnePlus feels robust and refined in all the right ways. In fact, you know what? It's great. Really great. Forget about the bland looks – the OnePlus 3 is fabulous value.

In fact, if you gave this to me and blanked out the logo, I'd guess it was a far more expensive handset, closer to $1200 than $600. It's lighter and slimmer than the OnePlus 2, shaving 17g off that phone's weight and 1.5mm off its thickness, despite having the same-size screen, and it's packed with lovely little details. The edges of the screen are slightly rounded, the buttons have a solid, positive click, and the do-not-disturb slider on the left edge has a lovely mechanical snick to it.

That slider was one of my favourite features on the OnePlus 2, and it's great to see it here as well. Being able to put the phone into silent mode at the flick of a switch is so useful you have to wonder why more Android manufacturers haven't done it before.

And it's combined here with other practical features as well. The fingerprint reader sits below the screen in the middle, and it's as responsive and reliable as you'd hope it to be. There's also a dual SIM slot on the left-hand edge, although you don't get a microSD slot to expand the phone's 64GB of internal storage.

Enough of the shallow frippery, however, and on to the meat of the subject. How does the OnePlus 3 compare with its rivals when it comes to raw performance?

First of all, let's pick out those rivals. At $609 SIM-free (and remember, there's no invite system this year, so you can buy one outright now), it's up against a number of strong alternatives. There's the Nexus 5X, which retails at $579; the pricier, but incredibly good-value Nexus 6P, currently on sale for $899; the cheaper Motorola Moto G4, which at $429 gives many a more expensive smartphone a run for its money; and the OnePlus 3's own stablemate the OnePlus 2, which is down to $450.

That's a pretty strong selection of smartphones, and yet the OnePlus 3 batters them all on the performance front. Just check out these graphs:

The OnePlus 3 gains average frame rates double that of its nearest competitors in the graphics-heavy GFXBench GL tests. (Its native resolution is 1080p, which explains why the frame rate is the same for both tests.)

The Geekbench results are equally impressive, with the OnePlus 3 holding a huge advantage over the rest of the pack. Its Snapdragon 820 processor, backed here by an enormous 6GB of RAM, is a beast and kills the competition stone-dead. In fact, you have to move up to the likes of the Samsung Galaxy S7 and iPhone 6s Plus before you find a smartphone that can compete.

As you might expect, the phone feels ultra-responsive, and there's pretty much nothing I've found that fazes it. The big question is, how does all this power affect battery life? The answer is, as long as you're not playing hardcore 3D games all day, not at all.

In our video-rundown battery-life tests, the OnePlus 3 outlasted every one of its mid-price rivals once again, sailing on past the Moto G4's time of 13hrs 39mins by an impressive margin of 3hrs 17mins, even challenging the all-conquering Samsung Galaxy S7 for stamina. For reference, the Samsung lasted 7hrs 48mins in this test.

I haven't used the phone long enough to draw any firm conclusions about how this translates to real-world use, but you can bet your bottom dollar it will comfortably last a day of moderate use and a day and a half if you're careful.

I'll be updating this review with my ongoing impressions on battery life over the next week or so, but for now, it's looking good – very good indeed.

OnePlus' new Dash Charge quick-charging technology is almost as impressive. Using the charger supplied in the box, the OnePlus 3 reached 50 percent in 23 minutes, 75 percent in 35 minutes and 100 percent in 1hr 14mins. So even when you do eventually run out of juice, you'll be back up and running in no time at all.