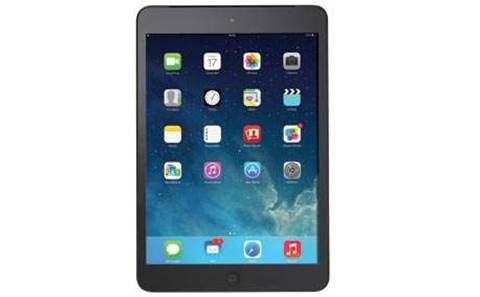 After the fanfare that heralded the new iPad Air, Apple was rather less effusive about the new, upgraded edition of its compact tablet – the iPad mini with Retina display. But there’s plenty to get excited about.

From a distance, you’d be hard-pressed to distinguish the new model from the old. But place the two generations of iPad mini side-by-side, however, and you may notice that the new model is just a hair thicker – 7.5mm to the previous model’s 7.2mm. It’s put on a few grams, too, with the Wi-Fi model weighing 331g, and the 4G model, 341g; last year’s Wi-Fi-equipped iPad mini weighed 308g, and the 3G model was 312g.

There’s change beneath the iPad mini’s familiar brushed-metal body. Apple has replaced the 768 x 1,024 display of the previous model with a 1,536 x 2,048 panel, and it’s a very welcome sight. Cramming such a high resolution into a 7.9in panel makes for a crystal-clear pixel density of 326ppi, and the maximum brightness of 396cd/m2 and contrast ratio of 792:1 are respectable results, too.

More crucially, though, Apple has done more than simply pack in four times the pixels; the panel is now more colour-accurate. The colour temperature is just short of a perfect 6,500K, where the previous model measured a slightly warmer, ruddier 6,176K. As a result, images look noticeably more natural; skin tones more lifelike; and black-and-white images are completely tint-free. However, colour reproduction isn’t as rich and punchy as on the iPad Air .

Behind the Retina display, Apple’s new 64-bit A7 chip now powers the whole show. It’s clocked at 1.3GHz, a little slower than the 1.4GHz chip in the iPad Air, but it’s still blisteringly fast. We recorded a SunSpider result of 418ms, almost three times faster than its predecessor (which took 1,293ms), and well ahead of its Android rivals. In fact, it was only narrowly behind its larger sibling in all of our benchmark tests, and gaming power is identical.

Despite the significant performance boost, battery life hasn’t suffered. With the screen dialled down to a brightness of 120cd/m2, the iPad mini survived our video-rundown test for 12hrs 17mins. That isn’t only significantly longer than Apple’s claimed 10 hours, but also good enough to best the 11hrs 48mins of the Nexus 7 and put the new iPad mini significantly ahead of its predecessor – we re-ran the battery test on the original iPad mini after upgrading it to iOS 7.0.4, and it lasted 11hrs 16mins.

Apple has also tweaked the iPad mini in other areas. The addition of a second antenna and MIMO technology to the dual-band 802.11n networking is welcome, as is the debut of 4G support for the mobile broadband-equipped model. The absence of 802.11ac is a small niggle, but Bluetooth 4 still makes the cut. Apple has also seen fit to tweak the stereo speakers on the iPad mini’s bottom edge: the new speakers project a far richer, more detailed performance than the previous model.

The front-facing 1.2-megapixel and rear-facing 5-megapixel cameras are identical to those of the iPad Air. Working in tandem with the image-signal processor in the Apple A7 chip, the results mark an improvement on the original iPad mini, with better-quality images in low light, finer detail and fewer compression artefacts.

All in all, Apple has taken a great compact tablet and tweaked it to near perfection. The additional power makes iOS 7.0.4 feel supremely slick and responsive, and now that the excellent GarageBand, iPhoto and iMovie apps and the iWork suite are freely downloadable, the package is more alluring than ever.

The reviewers say “Other tablets, such as Google’s Nexus 7, are substantially cheaper, but the iPad mini is more powerful and longer-lasting, and the quantity and quality of choice in the Apple App Store remains ahead of rivals’. If you can afford it, this is the best compact tablet going.”