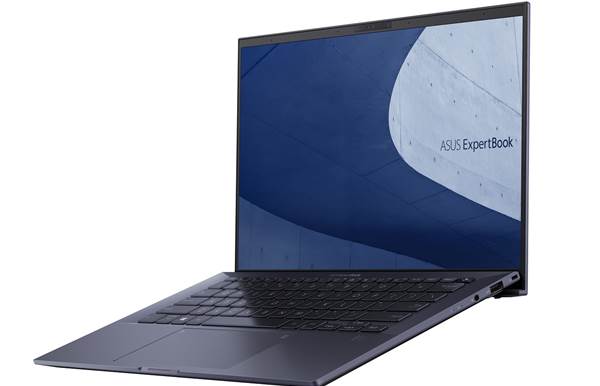 The ASUS Zenbook has been the company's Ultrabook spec since 2011 with the Zenbook UX21 and the Zenbook Prime released the following year. The product line remains one of its major offerings, including the more experimental models like the dual-screen Zenbook Pro Duo released last year.

Intel last year revealed its “Project Athena” innovation program, a spiritual successor to its Ultrabook program from 2011 where it aimed to set a standard of laptops offering better performance, battery life and connectivity in sleeker form factors.

ASUS unveiled a new product line called “Expertbook” as its entry for Project Athena, with the B9 (or B9450) as its first model released this year.

The company marketed the B9 specifically for business users with claims of up to 24 hours battery life and a military-spec magnesium lithium alloy chassis weighing in at less than a kilogram.

The 66 watt-hour battery is definitely the best feature, with our real-time tests hitting closer to 16 to 20 hours while streaming and power-saving features on, and about 8 hours for high-performance work.

The 14-inch chassis is sleek with a black matte finish, so it shouldn’t attract fingerprints, but can be susceptible to scuffs and dust can pile up. The magnesium lithium alloy feels like plastic due to its weight but there is almost zero flex in the keyboard deck. The B9 weighs 995 grams, making it lighter than Apple’s Macbook Air.

The laptop also runs cool even on high-performance settings and the fan is still silent, making it ideal for using on the lap.

ASUS said there’s also a lower-spec i5 model with a 33 watt-hour battery and weighs even lighter at 870 grams, but we have no word on pricing as of writing.

The keyboard is backlit and feels decent with 1.5mm of travel and springy feedback. The inclusion of the ASUS ErgoLift hinge (pictured) tilts the keyboard slightly and lifts the bottom of the laptop for improved ventilation. 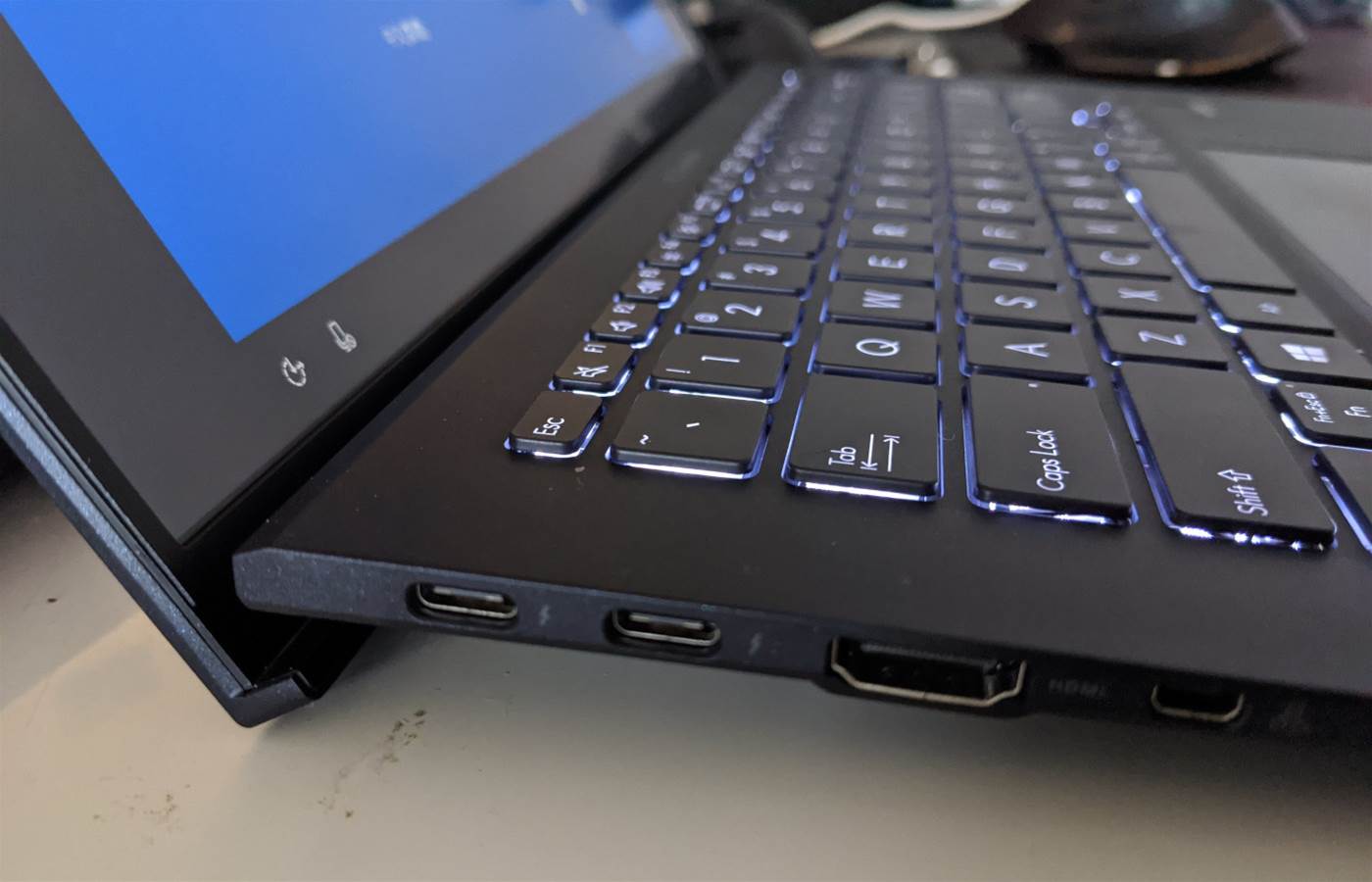 The power button being placed within the keyboard keys (just above backspace and right of the delete key) can be an annoyance for some touch typists, but having a dedicated screen-capture key is a welcome addition.

The IPS display doesn’t stand out much but does have good screen angles and is bright enough for most environments at 300 nits. The 1920x1080 native resolution is a bit of a drawback, but having a physical HDMI port gives more display options, like a monitor and a boardroom TV.

Aside from the HDMI, other ports include 2x USB-C/Thunderbolt 3, 1x USB-A, 1x micro HDMI-to-Ethernet and 1x combo audio.

ASUS also included its NumberPad 2.0 (pictured), a virtual numeric keypad for the touchpad that can be toggled on and off (you can continue using the touchpad even when the Number Pad 2.0 is activated. 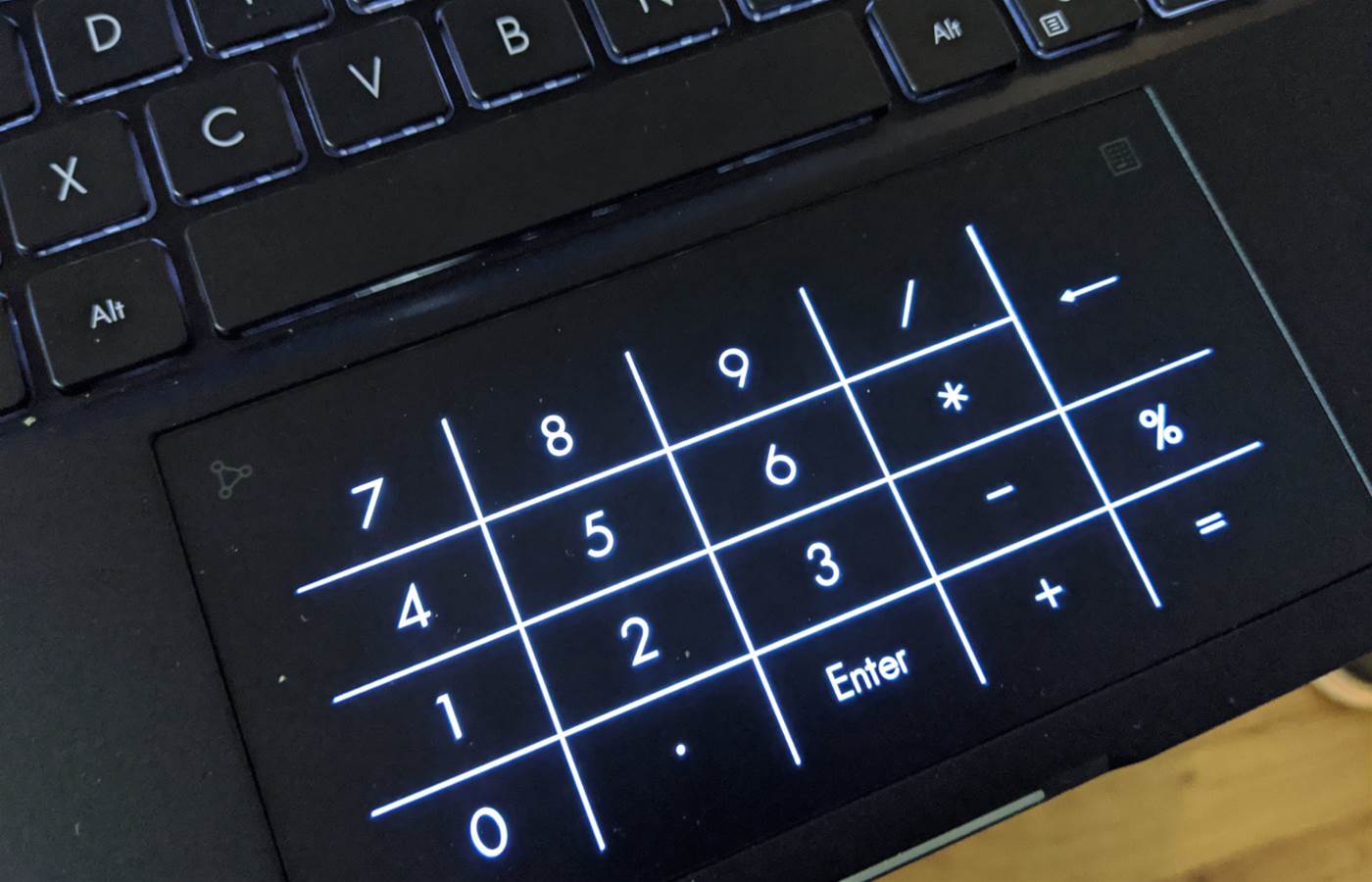 Other features rounding out the B9 include a fingerprint reader, IR camera for Windows Hello login and an integrated shutter. Business users would appreciate having Windows 10 Pro pre-installed, and ASUS also plans to give enterprise users or buyers an option to get Intel vPro processors.

Overall, the B9 doesn't really stand out much apart from its battery life, but does the job pretty well for business users. The LDDR3 memory and the relative lack of ports is a bit of an issue considering the $3000-plus price tag.

Resource-heavy users like graphic designers and CAD users, or even those needing to crunch a lot of data due to the B9 being relatively underpowered, but is great for anyone needing a thin and light to shuffle between working from home and at the office when needed.

Interested resellers can get in touch with ASUS' official reseller, Synnex Australia.