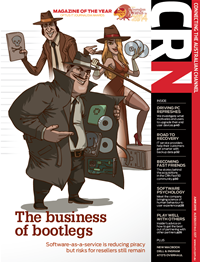 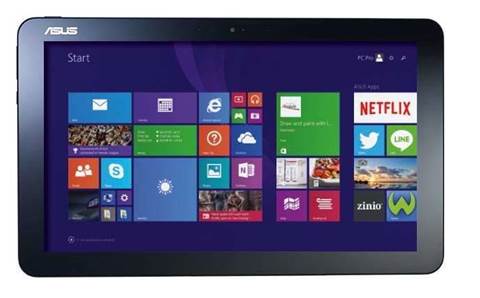 Intel made bold claims for its Core M processors, not least that they’d herald the arrival of gorgeous Windows hybrids and tablets for sensible money. While the Lenovo Yoga 3 Pro taunted our bank balance, Asus’ Transformer Book Chi T300 delivers on Intel’s promises: this Core M-powered hybrid packs a Quad HD display and stylus support into a 12.5-inch hybrid for $1,299 with 4GB RAM, $1,599 with 8GB.

The T300 exudes the kind of high-end charm that we’d expect from a device a good deal more expensive than the asking price. The 12.5-inch tablet and keyboard dock are a handsome couple: hewn from chunks of aerospace-grade aluminium and finished in a deep metallic blue, with the brushed metal framed by bevelled edges skirting neatly around the sides. The matching metal-clad stylus looks the part, too.

Meanwhile, Asus’ choice of Intel’s low-power Core M processor has enabled it to pare down the size and weight. The tablet is 1.2mm thinner than the Surface Pro 3, at 7.9mm, and 80g lighter at 720g. In fact, the only physical disappointment is that the T300 is rather weighty once you factor in the keyboard dock.

Still, there are plenty of plus points. The weight in the base counterbalances the tablet to stop it toppling backwards, a common complaint with tablet-based hybrids. And while the screen doesn’t tilt back as far as a traditional laptop, it folds back enough to prove to be usable – and stable – on a lap. Factor in a comfy, spacious keyboard that’s pleasant to type on, and a touchpad that works well, and you have a hybrid that’s genuinely usable as a laptop.

For the T300, Asus has made some significant tweaks to the Transformer Book formula. First among these is the keyboard, which is now held in place by a strip of super-strong magnets, and connected via Bluetooth rather than a physical connection.

This means that the keyboard needs to be charged separately to the tablet via its micro-USB connection, but this shouldn’t be a regular occurrence: after a full charge, our keyboard lasted well over a week during testing.

Connectivity is an area where Asus has had to compromise. There’s a microSD slot and a headset jack, as well as 802.11ac and Bluetooth 4, but the tablet’s slender edges leave no room for full-sized ports. Instead, Asus has resorted to micro-HDMI plus a single micro-USB 3 port, and supplies an adapter in the box to expand the latter to two full-sized USB 3 ports.

With a 1.2GHz Intel Core M-5Y71 processor, 8GB of RAM and a 128GB SSD, the Asus should feel sprightly. Indeed, while the Core M-5Y71 sips a mere handful of watts, it can boost up to 2.9GHz for short periods.

What’s more, the Core M is capable of delivering those speed bursts without the need for a fan. The metal rear of the T300 becomes warm under normal use, but not to a worrying degree. It was only once we started hammering the Asus flat out with our benchmarks that it became uncomfortably hot to the touch.

The T300’s display is astonishingly good. A 2,560 x, 1,440 resolution stretches across the 12.5in panel, delivering sterling performance. Brightness tops out at a creditable 372cd/m2, contrast hits 1,243:1, and the panel dredges up an impressive 98 percent of the sRGB colour gamut.

We found the touchscreen to be superbly responsive, reacting deftly to every prod and gesture, and the pressure-sensitive inking with the bundled stylus works beautifully, too.

The vendor says “With the success of our Transformer Book T100, specifically in the education space, we looked to expand upon our offering to meet the needs of our corporate consumers. The answer to this was the Transformer Book Chi T300. It provides a great opportunity for resellers, offering the perfect balance of useability and portability for business users.” Portia Chang, regional director Australia & New Zealand, Asus Australia.