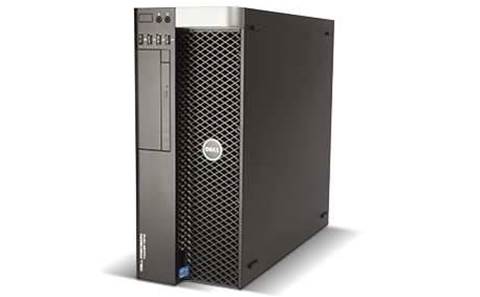 The Dell Precision T7810 uses a pair of 10-core Xeon E5-2650 v3 processors, which major on core count rather than frequency: they run at a nominal 2.3GHz, hitting 3GHz in Turbo Boost, but Hyper-Threading yields an enormous 40 virtual cores for parallel-processing tasks.

Dell takes the usual two-pronged route when it comes to storage. The SSD supplied for the operating system and applications is a merely adequate SATA-connected 250GB Samsung 840 Evo, and the 1TB WD Blue 7,200rpm hard disk for general storage is reasonable at this price.

The chassis isn’t exactly brimming with extra drive bays, either, with only one 5.25in bay free for upgrades.

We can’t question the Precision T7810’s appropriateness for the intended engineering user, nor for 3D content creation with certain software, however, this isn’t a general-purpose workstation.

Distributors: Direct
RRP: Starts at $3,899
Launched: September 2014
Next product below: Precision T5810 (single socket version of T7810)
Next product up: Precision T7910 (dual socket with larger chassis)
From the vendor: “The Dell Precision family is designed for professionals with a demand for performance and reliability. The continuous evolution of technology means we must stay ahead of industry standards, the Tower 7810 offers a rock-solid dependable unit that is supported by a team of experts.”