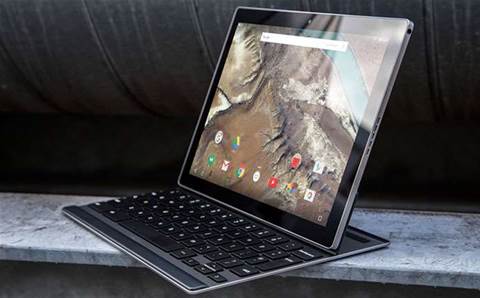 Microsoft has tried to do it over a series of years. Apple has recently got in on the act, but it's taken Google to perfect the detachable hybrid design. The Pixel C - an Android tablet with a detachable keyboard - has just trumped the Surface Pro 4 and iPad Pro; it's the best detachable hybrid design yet, and it hasn't just overtaken the competition, it's blasted past it in a cloud of dust and smoke.

Hats off, Google. In the Pixel C, you've produced what can truly be considered a triumph of industrial design.

Better yet, unlike the Chromebook Pixel, the Pixel C is available for purchase from the Australian Google Store.

What makes it so good? After all, on paper, there's little more to the Pixel C than simply a nicely designed Android tablet and that comes with an optional Bluetooth keyboard. Many other manufacturers have attempted this combination, including, most recently, Sony with its Xperia Z4 Tablet, and with largely underwhelming results.

The devil here is in the design details, most specifically the way in which the two parts of this tablet attach to each other. Take the tablet part in one hand and the keyboard base in the other, then overlap them along the top edge of the keyboard. One unfeasibly strong magnetic “snick” later, and you suddenly have a perfectly usable, ultraportable laptop with a laptop-style hinge that can be adjusted to any angle.

Unlike any other hybrid design I've seen, there's no telltale wobble here or instability. No sense of compromise. Tap the screen and it barely budges. Angle it back and it doesn't lose its centre of gravity. Nor are there any questions surrounding the “lappability” of the Pixel C. This is a hybrid design that just works: on your lap, on a desk, the kitchen table… anywhere you happen to be. It's brilliant.

The secret behind the Pixel C's success is the narrow hinged flap integrated into the top portion of the keyboard. This is the part that provides the adjustability and it's through this hinged blade that the Bluetooth keyboard keeps its small internal battery topped up, via inductive charging.

There's more: detach the keyboard and it can be attached magnetically to the front of the tablet as a cover, or stowed behind it neatly so you can use the tablet on its own without having to find somewhere to put it.

The keyboard itself is a joy to type on. It has its layout quirks by dint of being so compact: the Enter key is a tad skinny for my liking, but it's double height, just like an Australian keyboard Enter key should be. The Tab key is tiny, and the number 1 key is, weirdly, slightly bigger than all the other number keys, but the only serious compromise for typability is the apostrophe key, which ends up squeezed into a space half the size it normally is, between the semi-colon and Enter.

There's no backlight, and no space for a touchpad here, but with the screen placed so close to the top of the keyboard, it isn't too tricky to reach up and dab or swipe the touchscreen.

Still, I'm willing to put up with the odd mistyped apostrophe when the rest of the keyboard is this good. The keys have a remarkable amount of travel to them and the spacing between them is perfect. I typed the entirety of this review on the Google Pixel C on it, which just goes to show how good it is. With many devices, even full-sized laptop keyboards, I'd be itching to get back to my Cherry MX after a few minutes, but not this time. It's truly a pleasure to type on. 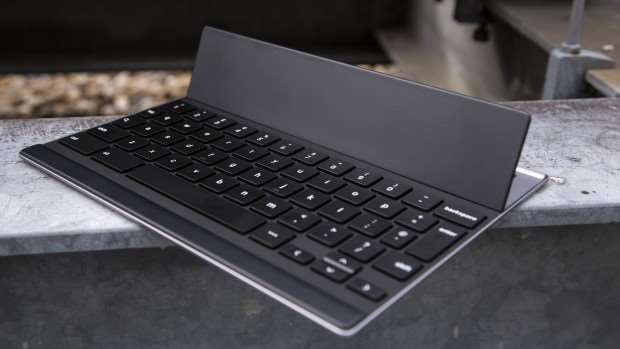 The other negative, as with most detachable hybrids, is that the keyboard is an optional extra, and Google is, rather predictably, charging $199 for it. However, with the tablet costing $699 for the 32GB version, the Pixel C starts to look a lot better value. Those wanting a little more storage can opt for the 64GB version of the Pixel C, which adds $130 to the price. Alas, there's no microSD slot for expanding the storage.

Naturally, the first place you'll be available to buy the Pixel C from will be the Google Play store, but with or without the keyboard, it's cheaper than either the cheapest Microsoft Surface Pro 4 and Apple iPad Pro.

If you think that comparison is inappropriate, it's the same price as the 16GB iPad Air 2, with double the storage and the option of that stupendous keyboard.

But what about the Surface 3? Good point. That costs $699 for the 64GB model, plus a further $179.99 for the Type Cover keyboard, so roughly $20 dearer than the 64GB Pixel C and its matching keyboard.

Either way, though, the Pixel C looks like good value to me. And frankly, I'd happily pay a premium over the Microsoft Surface 3 for it. Why? Keep reading and I'll explain.