Laptops and tablets are currently all the rage with the heavy lifting being done in the cloud, but there are still IT workers who need a lot of performance for their desktops.

That particular IT crowd should take a long hard look at HP’s Z620 workstation, which combines excellent performance and engineering at a moderate price.

Our review model at $4999 was equipped with a six-core Xeon E5-1650 processor with 12MB of cache, although the speed drops slightly to 3.2GHz. 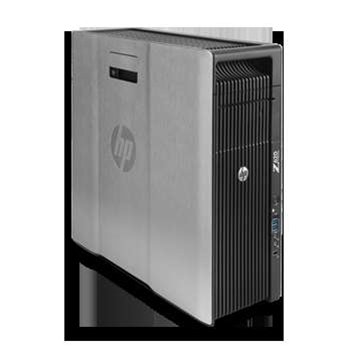 An Nvidia Quadro 4000 with 2GB of video RAM takes care of the graphics. The drive configuration changes to a 256GB SATA-6 standard solid-state drive (SSD), made by Micron, for the operating system, and normal 1TB 7200 rpm hard drive for data storage. Memory remains at 16GB.

The solid state drive is a must-have upgrade for a powerful system like the Z620, which would otherwise have to wait for data to be read from and written to the electro-mechanical drives.

If the supplementary 1TB drive is too small, it’s easy enough to either swap it for a bigger one or add three more, thanks to HP’s exemplary case design which has easily removable covers and disk caddies with no wiring to worry about.

The review machine ran 64-bit Windows 7 Professional and was more than ample for set workloads. Editing multiple large digital camera photograph, video and audio files with Adobe Creative Suite 6 apps at 2560 by 1440 pixel resolution that make our usual 3.6Hz Core i5-2500K system with 16GB RAM and SSD pause for a breather, was effortless and instantaneous on the Z620.

The performance you’ll get from the Z620 varies on hardware selected for workstation but also the applications used, and how well they’re coded to take advantage of the six physical cores and the six virtual Hyperthreading ones in the Xeon ES-1650 processor, as an example.

Better yet, the Z620 can be equipped to match more complex workloads: workstation customers with really deep pockets can max out the Z620 with further options such as dual Intel Xeon E5-2600 processors for a 16-core machine, 96GB of memory and even multiple faster graphics cards from Nvidia and AMD.

Such a monster box would be blazingly fast for 2D and 3D graphics rendering and other computationally intensive tasks. Should you need even more and can justify the price-performance equation, there’s the even bigger and dearer HP Z820 workstation.

If you work with video and audio, you will appreciate how quiet the Z620 is despite the processing prowess. HP has worked on the cooling system for the Z620, using silent fans but also a solid case with plenty of space and airflow. The big aluminium side door and steel frame ensure that there are no creaks or vibrations from the case. 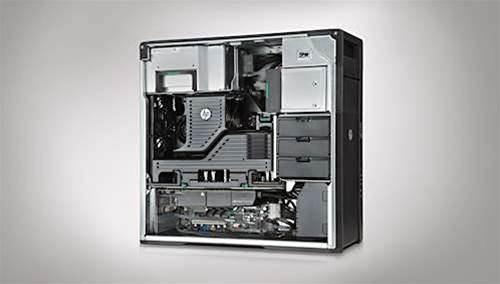 With light to medium use, the Z620 is whisper quiet.

The Z620 is also nicely compatible, running not just Windows 7 and 8 without a hitch, but also some Linux distributions like Fedora 18 and Ubuntu 12.04, as well as the slightly left-field but cool PC-BSD 9.1, with all the hardware recognised.

Its faults are few and minor, but better audio circuitry would be appreciated. Additionally, HP has made pretty atrocious keyboards and mice for as long as this reviewer can remember. The RSI-generating offerings bundled with the Z620 are no exception, unfortunately.

That said, it’s hard to imagine a better desktop system overall than the Z620, if your productivity depends on being able to do computationally intensive tasks quickly.

·         Very customisable with many different processors, storage and memory configurations to choose from.

·         Great performance even at low to medium system specifications.

·         Built in audio could be better than basic dual-channel stereo.