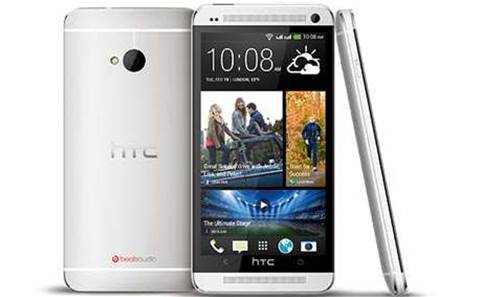 The HTC One M8 is a smartphone with a lot to live up to. Its predecessor, the HTC One, was our favourite smartphone until the Nexus 5 rolled up – and in this generation it has tough competition on its hands already, in the form of the forthcoming Samsung Galaxy S5 and Sony Xperia Z2.

Can the M8 replicate its predecessor's Herculean feat of rising to the top IN this tremendously competitive market?

It may not surprise you to discover that, like its rivals, the new HTC One M8 is no radical overhaul. Instead, it takes the design of the One and refines it. Rather than matte silver, the new phone has a polished, dark gunmetal-grey finish, with an attractive brushed effect. It still has that smoothly rounded rear, but the sharp, chiselled edges have now been rounded off as well.

Since it sports a larger 5in, 1080p display, as well as a higher-capacity 2,600mAh battery, the phone is physically slightly bigger than the original One, but HTC's engineers have managed to keep a lid on things; the M8 is only half a fingernail taller. HTC is keen to push design as a key selling point of the phone, and it's succeeded in remaining ahead of its rivals in terms of looks.

From a practical point of view, we're disappointed to see that the home, multitasking and back buttons have been shifted from beneath the screen into the display itself, eating into the usable screen real estate. The HTC One M8 also lacks dust- and water-resistance like the forthcoming Samsung Galaxy S5 and the recently released Sony Xperia Z1 Compact.

However, it's good to see that HTC has added a microSD slot to the new model; with the original HTC One – now renamed the One M7 – you were stuck with the storage you opted for at purchase. We also like HTC's ingenious new Dot View case (£35 inc VAT). This allows light from the display to shine through a grid of pinpricks in the front cover, allowing the phone to display the time, weather and notifications through the flap in retro, dot-matrix style. It's even possible to answer calls through the case without having to open it.

Aside from the design, the most significant update is the Duo camera. Flip the M8 over and you'll see two lenses – one that captures the main image and a smaller one that records spatial information.

This enables the M8 to add dramatic depth-of-field effects to your photos after they've been taken. The UFocus tool allows you to blur foreground or background detail, while the Foregrounder effect isolates the main subject by desaturating the background and adding a sketch filter to it. Dimension Plus adds an interactive parallax effect to pictures: tilt the phone around and the background changes position relative to the foreground subject, in a similar fashion to Apple's parallax wallpapers.

Alas, in the majority of our test shots, these effects weren't completely clean: we saw plenty of areas where background effects encroached on the foreground subject, and vice versa. It's also too easy to inadvertently leave a finger covering the depth sensor, meaning you won't be able to refocus the photo afterwards.

Still, for general snaps, the camera is more than satisfactory. It uses a 1/3in, 4.1-megapixel sensor with the same 2µm "UltraPixels" as before, and an f/2 aperture. Unlike the original One, there's no optical image stabilisation, but photos actually look sharper and cleaner: in low light, there's more detail and better control over noise, and in good light, there's better judgement of exposure. The dual-colour, twin LED flash means taking snaps in a darkened pub lounge doesn't result in ghost-white skin tones.

The lack of stabilisation leads to slightly shakier video footage, but more natural colours and crisper details make up for that. Overall, we'd say the M8's rear camera is better than the Nexus 5's, but it still can't match the iPhone 5s' or the Nokia Lumia 1020's snappers.

The front-facing camera has been upgraded to a 5-megapixel unit, which produces surprisingly detailed self-portraits. HTC also adds an onscreen countdown timer to make capturing these shots easier. We're not keen on the new facial Touch Up filters, however: the eye resizer, skin smoother and face narrower are crude and mostly result in making your pictures look worse.

The HTC One M8 runs the latest version of HTC's proprietary UI, Sense 6, on top of Android 4.4 KitKat, and naturally this includes a number of customisations. First up is a feature that HTC calls Motion Launch, which lets you wake up the phone with various gestures.

A double-tap takes you to the lockscreen, while swiping up from the bottom takes you directly to your chosen homescreen. A swipe from the right opens the traditional Android desktop, complete with shortcuts and widgets, and swipes in from the top and left access voice-dialling mode and the HTC BlinkFeed interface respectively.

BlinkFeed itself has been updated so as to scroll continuously, rather than a page at a time. Blocks of colour now space out the items and give it a more airy feel, and it's possible to search through feed items by keyword.

There are also now two power-saving modes: a standard one and an "extreme" one, which shuts down all but the essential apps and limits CPU speed, brightness and non-essential features. In this mode, you can access only one screen, which displays the time and shortcuts to the phone, SMS, email, calendar and calculator apps.

Next: Core hardware and specification