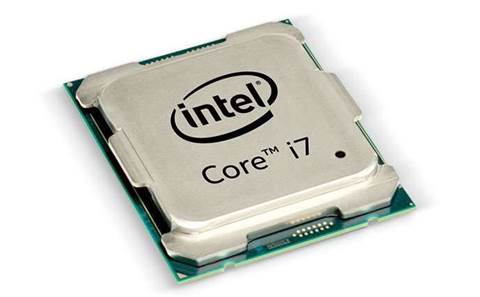 Extreme Edition processors have become a regular landmark in Intel’s schedule over the years, providing enthusiasts with something to get their teeth into while waiting for the next-generation architecture. As its price suggests, though, this year’s top-of-the-range model – the 6950X, based on Broadwell-E architecture – is something special.

It starts conventionally enough. As with previous Extreme chips, the Broadwell-E isn’t based on the most recent iteration of Intel’s CPU architecture, but a tweak to the previous generation. Where things become interesting are a boost to 10 cores, a die shrink to 14nm and the new Turbo Boost Max Technology 3.

Apart from sounding like something out of a shaving advert, this is a tweak to Intel’s existing Turbo Boost tech, designed to improve single-threaded performance over the Haswell-E’s rather disappointing showing. As with regular Turbo Boost, the new technology gives you more speed in short bursts for simple, single-threaded tasks.

The difference is that it allows the CPU to boost higher than the advertised max Turbo Boost frequency when circumstances allow. Turbo Boost Max is also more intelligent than its predecessor – with the help of BIOS and driver support, it can identify which cores are running the fastest and assign the most intensive tasks to those cores.

Naturally, all the features you’d expect of an Extreme Edition processor are in place, too. The new processors are all unlocked, and there’s also a boost in L3 cache along with support for quad-channel DDR4 2,400MHz RAM.

Surprisingly, given the reduction in manufacturing process size, the thermal design power (TDP) remains the same as Haswell-E at 140W, although there should be no shock about the lack of integrated graphics.

The most noticeable thing here is the cost of the new 10-core unit. It’s phenomenally expensive: 55 percent more than the eight-core Core i7-6900K, which is steep considering you’re only getting 25 percent more cores. The good news: if you’re upgrading from Haswell-E, there’s no need to replace your Intel X99 chipset motherboard.

How does the new chip fare in tests? I ran it through our 4K benchmarks to see how it compares with the previous-generation processor (details of the test rig I used can be found below).

At base clock speed, the Intel Core i7-6950X is monstrously fast, posting the fastest multitasking and overall scores we’ve seen from a desktop processor. That’s a 14 percent boost for video editing, 17 percent for multitasking, and 19 percent overall.

The score to take the most note of here, however, is the single-threaded image-editing score, in which the Core i7-6950X provides an enormous performance boost – 67 percent – over the Core i7-5960X. It looks like Turbo Boost Max is doing its job here.

This isn’t a chip that’s intended to be left at stock frequency, however; it’s for enthusiasts and tinkerers. Without too much effort we managed to get all 10 cores up to 3.9GHz without a hint of instability.

Here, the single-core performance of the Broadwell-E is even more pronounced. Although the 4.3GHz overclock we performed on the Haswell-E back in 2014 was nominally higher, the 3.9GHz Broadwell stomps all over it with an overall score of 280 and leaves Haswell-E – and every other consumer desktop processor – in the dust.

At this point it’s worth noting that you may need to spend a little extra on cooling. We mated our Core i7-6950X with a Cooler Master Hyper 612 cooler, which – even with its large, air-cooled radiator – was only able to keep core temps down to 36°C at idle and 84°C under load.

So it’s quick, then. The question is, do you really need all of those extra cores? If it’s the very best performance you want, the answer has to be yes. Broadwell-E, at least in the form of the 10-core Core i7-6950X I’ve looked at here, is an absolute beast and a huge improvement over the eight-core Haswell-E i7-5960X.

The big disappointment is the price. Where previous top-specification Extreme Edition processors have been expensive, they’ve normally cost between $1,700 and $1,800.

This time the flagship CPU is $1,723 and that’s five times more expensive than the fastest, non-Extreme Skylake Core i7 processor available today.

Is it worth it? Only if you have a genuine need for all that power. For everyone else, Broadwell-E – in its i7-6950X incarnation, at least– is an investment too far.