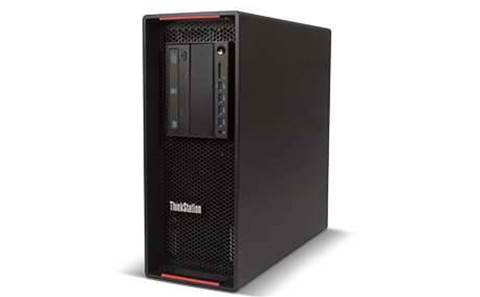 IBM farmed off its server brands to Lenovo last year, but thankfully it’s been business as usual in terms of quality.

The ThinkStation P500 is evidence of this, rivalled only by the HP Z640 for tool-free access. The inside is littered with red flashes showing where to pull to release components, which slide out in a matter of seconds.

Our review sample didn’t have the most impressive specifications: its Xeon E5-1620 v3 is the bottom of the new Haswell Xeon E5 range, with a nominal clock speed of 3.5GHz, rising to only 3.6GHz in Turbo Boost.

It’s a quad-core CPU, so Hyper-Threading provides only eight virtual cores, where the top systems offer 40. There is support for DDR4 memory, though, and there’s 16GB of 2,133MHz RAM included, spread across four DIMMs with four slots free.

The graphics card isn’t impressive, either. The PNY-branded Nvidia Quadro K2200 is a capable 3D accelerator, with a sizeable 4GB of GDDR5 memory and 640 CUDA cores.

Primary storage is taken care of by a 240GB SATA-connected Intel SSD Pro 1500 Series SSD. This will be adequate for your OS and software, and performance is on a par with other SATA-connected SSDs this month, but it isn’t exactly generous. Lenovo didn’t include a secondary disk, but there are three easily accessible 3.5in tool-free drive bays empty should you wish to add one yourself.

The ThinkStation P500’s chassis design is excellent, and with the right components it could be very capable.