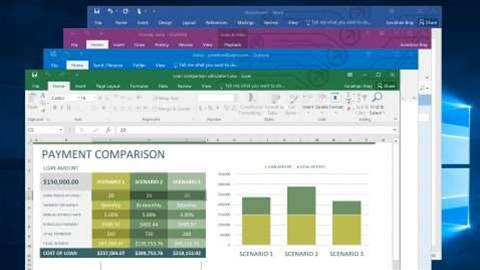 Some of my earliest memories of using a proper computer were in Microsoft Office, and since those heady days of the early 1990s, I've spent probably more time using Office apps than I have anything else.

I'm not the only one who has spent more time than is healthy using Microsoft Office, though – it has been used by businesses across the world as the primary tool for productivity for nigh-on 20 years. That's why, with the launch of Office 2016, the news that not an awful lot has changed shouldn't come as a huge surprise.

The biggest change you'll see in Office 2016 is that it's received a fresh lick of paint, with all the various apps gaining toolbars coloured in their signature livery. Most of the apps (but not all, strangely) have been made more searchable via the new “Tell Me” feature, but aside from those trivial changes, all the suite has gained across all its apps is smattering of small additions.

You can read the full details of what's new in our Word, Excel, Outlook, PowerPoint and OneNote reviews further down this article:

Suffice it to say, however, there's no dramatic Windows 10-style overhaul, not even any eye-catching voice recognition fanciness to get excited about in this edition.

Microsoft Office 2016 for Windows: The future

Why might this be? Primarily, it's because Office doesn't need an awful lot of work. Aside from Outlook, perhaps, all the apps deliver – as they always have – more features than most users know what to do with, and they do their job well. Many workers rely on specific features of Word, Excel and PowerPoint to carry out their jobs, and there is nothing else on the market that can rival its apps for sheer power and breadth of features.

Another reason is because the device landscape is shifting dramatically, and Microsoft is rightly focussing more of its attention on getting its mobile apps working well on tablets and other mobile platforms. The advent of the Apple iPad Pro is a signal that Microsoft cannot rely on traditional PC and laptop platforms to deliver a steady stream of users forever. 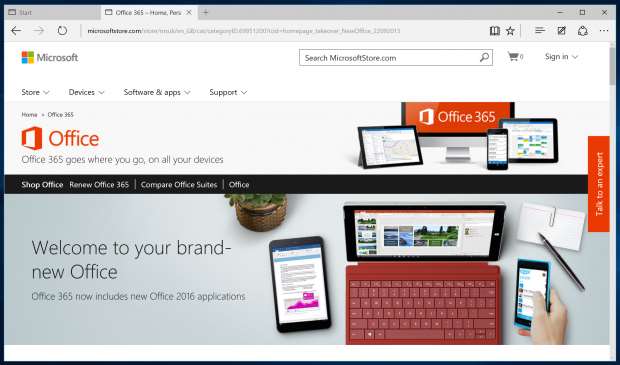 Perhaps the biggest change, however, is the shift away from one-off perpetual licenses for major, business-critical software like Office to subscription-based solutions. With Microsoft now firmly focussed on its Office 365 subscribers, who receive the Office 2016 update for “free” (along with all other future updates), it's perhaps understandable that the firm is less interested in delivering a big splash of features every three years or so, and more in delivering a steady stream of improvements.

That's fine for those who have already bought into the Office 365 way of doing things, and there are plenty of reasons for taking on a subscription, not least the ability to install Office on multiple machines for £8 per month.

However, for anyone who doesn't need that, this brave new world isn't good news. There's no getting away from the fact that Microsoft Office 2016 for Windows is a damp squib from a new features point of view, and I certainly wouldn't recommend you upgrade to Office 2016 as a standalone product from Office 2013.

There simply isn't enough new here to justify a spend of $179 per year (for the Home and Student edition). You're better off waiting for the next release (if there ever is one) or biting the bullet and jumping on the subscription bandwagon.

Next: reviews for Word and Excel