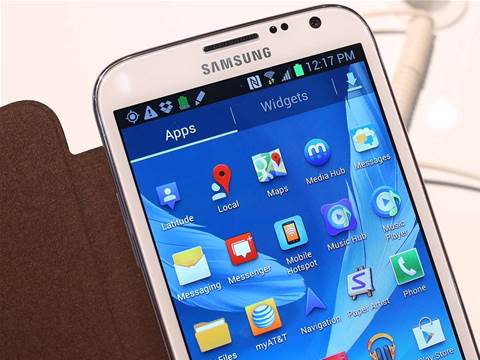 Last year, Samsung single-handedly transformed the hybrid phone/tablet into a viable form factor with the release of the Galaxy Note.

The huge, stylus-toting smartphone was a surprise hit with consumers, amassing sales of more than ten million units worldwide. Not bad for a product category that was previously dismissed as a gimmick.

Fast-forward to 2013 and the smartphone market has followed in Samsung's footsteps. In the past month, we've had multiple similar announcements from Sony, LG, Huawei, Lenovo and Kogan; all boasting screen sizes of at least five inches.

With the competition reaching fever pitch, Samsung has sharpened its tools and re-entered the fray with the Samsung Galaxy Note II – a thinner, faster and slightly bigger offering that comfortably out-performs all of its rivals.

At first glance, the Galaxy Note II doesn't appear to be that different to the Galaxy Note I. However, Samsung has managed to pack the device with plenty of significant enhancements, including a bigger screen (5.55in vs. 5.29in), a faster processor (1.6GHz vs. 1.4Ghz), a larger battery (3100mAh vs. 2500mAh), more RAM (2GB vs. 1GB) and 4G LTE connectivity; all running on Android 4.1.1 Jelly Bean.

In other words, it's a worthy upgrade that retains the same basic look and feel of the original.

The Samsung Galaxy Note II is one of the biggest phones on the market.

The Samsung Galaxy Note II handles in much the same way as the Galaxy Note. With monolithic dimensions of 151.1x80.5x9.4mm, it's something of an acquired taste that tends to divide prospective users – some will balk at the device's unconventional size, while others will welcome the additional screen real-estate.

When compared to a 'regular' smartphone, the 5.55in display makes a huge difference to video playback, typing and web browsing: much like miniature tablets such as the Google Nexus 7 and Apple iPad Mini. 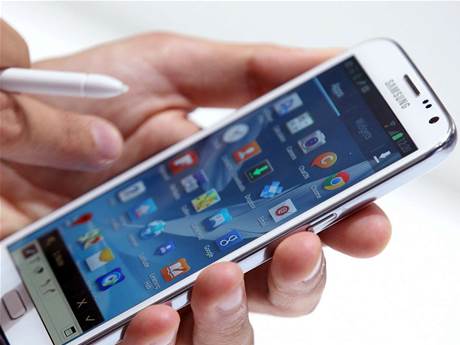 While it's not really something you can comfortably stick in your pants pocket (especially with protective casing in tow), the added functionality is arguably worth the extra bulk.

Apart from its generous size, the Galaxy Note's main claim to fame is the 'S Pen'; an inbuilt stylus designed for sketching, note taking and user navigation. It works a treat – especially with the included S Pen-tailored apps – but only users with an artistic flair are likely to use it regularly. For most tasks, a finger works just as well.

The Samsung Galaxy Note II comes with standard connectivity options: you get a microUSB port, headphone jack and the usual wifi/Bluetooth. It also comes with a microSD card slot which lets you boost the storage capacity by up to 64GB.

Photography has become an essential smartphone component in recent years, with many people using their phone as their main camera. Thankfully, the Samsung Galaxy Note II does not disappoint in this area: it sports one of the best cameras we've tested on a phone or tablet.

The 8MP rear-facing camera uses the same interface as other Androids on the market: the photo capture button is located at the right of the screen within easy reach of the thumb. Other popular functions, such as colour filters, white balance, scene modes and an 4x digital zoom are just a quick finger (or stylus) tap away. 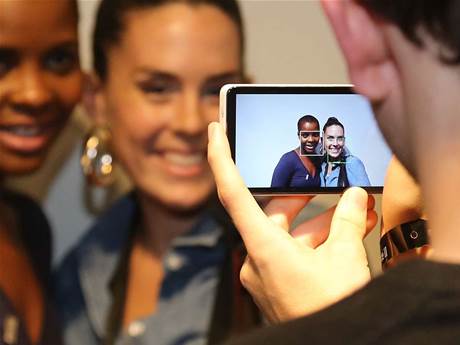 The Samsung Galaxy Note II was equally solid when it came to battery life. During intensive use, the battery lasted around two days in between charges. When you consider its screen size and processing grunt, this is a very impressive result indeed.

The Samsung Galaxy Note II is unquestionably one of the most powerful smartphones on the market. It comes with a beefy quad-core 1.6GHz processor and 2GB of RAM running the latest version of Google's Android operating system; 4.1.1 Jelly Bean. It's also 4G capable.

In the Android benchmark tool Quadrant, which assesses a device's CPU, I/O and 3D graphics performance, the Samsung Galaxy Note II smashed competitors with a total score of 6232. By contrast, the previous best performing smartphone, HTC's One X, returned a score of 4868. The Note II even beat Samsung's flagship Galaxy Note 10.1 tablet, which recieved a total score of 5381.

This translates to a smooth and zippy user experience that won't slow down during multi-tasking, video streaming or taxing applications. 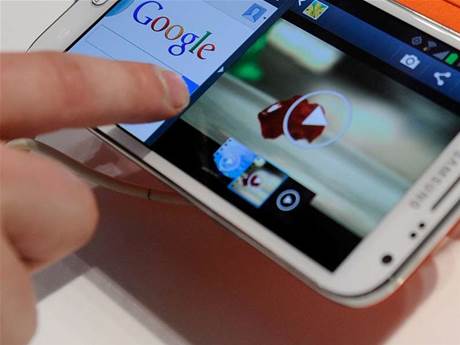 The speed of the device is very impressive [Image Credit: Getty].

We were especially impressed by the phone's web browsing performance which has been buoyed by the inclusion of 4G. HD YouTube clips load effortlessly with zero lag, making this an excellent device for online video consumption.

Phone reception and call quality are both perfectly adequate, although as with most modern smartphones, full volume is essential in all but the quietest environments.

The Samsung Galaxy Note II is currently the smartphone/tablet model to beat: it's fast, intuitive and packed with innovative features, not to mention good battery life. If size matters to you, this phone needs to be on your shortlist.

Grow your software revenue by selling these 5 affordable, essential tools for the modern workplace
By Chris Jager
Jan 21 2013
2:43PM