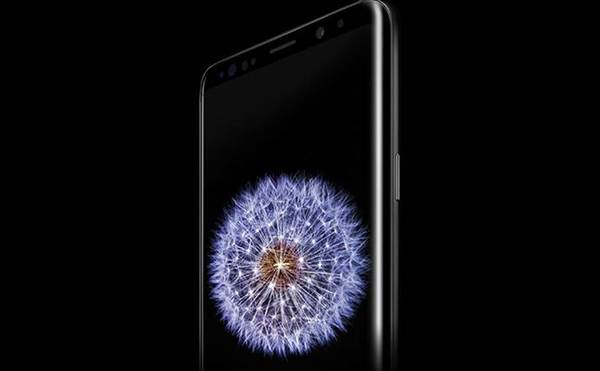 When we reviewed Samsung's large-screened new Galaxy smartphone last year, the Galaxy S8+, we described it as "futuristic" for its huge display and edge-to-edge design.

But the future arrived quickly afterward as most major smartphone makers, Apple included, adopted some version of a large, minimal-border display in their 2017 releases.

For 2018, Samsung isn't shaking things up too much on its Galaxy display. The high-res OLED display was gorgeous on the previous model, and it remains that way in the new large-screen model, the Galaxy S9+, which we've been trying out at the CRN USA Test Centre.

Even a year after this design was introduced, it's still a stunner, and great for productivity and multi-tasking with its split-screen mode.

The size of the display (6.2 inches), rounded sides and true edge-to-edge design (Samsung avoids a camera notch, unlike Apple with its iPhone X) continue to be what set the Galaxy S9+ apart from most other devices. At least at first glance.

It's the newly developed camera system that really makes the Galaxy S9+ stand out, however. Samsung has put much of its marketing energy for the new Galaxy S phones into touting its cameras. Based on our tryouts, we can confirm: this is not just hype.

The Galaxy S9+ comes with a dual rear camera setup -- 12-megapixel wide-angle and telephoto cameras -- making it the first Galaxy S smartphone to go dual-camera like the iPhone S models and the iPhone X.

But the dual camera isn't really why the S9+ is so impressive for its photo- and video-taking capabilities. The key advancement, in our view, is the dual-aperture in the S9+ that allows for automatic adjustment to different lighting conditions. This gives photos taken in low-light conditions a better chance of looking equally as good as those taken in bright light.

And this is exactly how the S9+ worked in our tryouts. We were amazed by how the S9+ was able to take bright, colorful and sharp photos in extremely poorly lit settings this week. No flash required. Photos taken by the iPhone X camera in the same settings came out flatter by comparison.

While finding a bright setting was difficult during the cloudy Boston weather this week, photos that were taken with overly bright lighting indoors also came out well with the S9+. 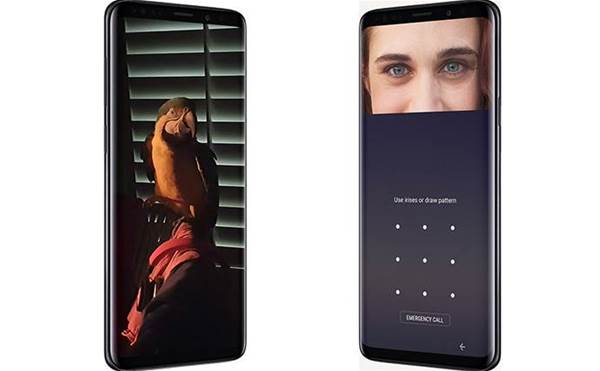 Meanwhile, a feature that automatically blurs a photo's background while you're taking it, "Live Photo," is the other coolest camera addition in our view. (Creating an expression-mimicking emoji of yourself with the AR Emoji feature is fun for a few minutes, but it steers a bit too close to the uncanny valley for our tastes.)

Ultimately though, we agree with third-party research firm DxOMark – which gave the S9+ its highest rating ever for a smartphone camera – that the S9+ camera system is a real achievement.

As on the S8+, the performance on the Galaxy S9+ is zippy, thanks to its upgrade to the latest top-of-the-line Qualcomm processor (the Snapdragon 845) and a generous 6 GB of RAM. Web pages and videos load rapidly, and downloads are pretty quick, too. The S9+ was smooth to use overall in our tryout with few of the hiccups that often accompany using some Android devices.

Another new feature Samsung is rolling out for the S9+ is a stereo speaker system that's tuned by acoustics specialist AKG. The speakers sounded terrific in our tryout – loud, clear and crisp. The combination of the huge screen and high-quality speaker system make the S9+ seem more like a legit Netflix viewing option than just about any other smartphone out there.

While we're talking about audio, we should also mention that Samsung retains the 3.5mm headphone jack in the S9+ and its smaller sibling, the S9. It's funny that offering something as ordinary as a headphone jack would be a differentiator, but that has become the case since both Apple's iPhones and now Google's Pixel 2 phones have eliminated the jack.

First, some good news on biometrics: not only is Samsung keeping the fingerprint reader on its Galaxy S phones – again, unlike Apple – but the company has fixed a huge issue with the placement of the fingerprint scanner.

The scanner is now located directly beneath the rear camera on the back of the phone, which we think is an ideal spot. It's much more natural than the location to the left of the camera as on the S8 models. Samsung listened to user feedback on this issue – not something that Apple seems to be doing much of these days.

Samsung also introduces a new biometrics authentication method, called Intelligent Scan, which combines facial recognition and iris scans. The goal is to provide faster phone unlocking than iris scans, facial recognition or fingerprint scanning could offer on their own. We're not certain that promise is achieved.

Using Intelligent Scan, the phone didn't always unlock instantly and frequently advised that we needed to hold the phone at eye level or hold it "more upright" to make it work. Intelligent Scan always ended up working for us, but it doesn't necessarily seem faster.

Samsung's Bixby assistant is more of a concern. Bixby still isn't that useful but continues to have a dedicated button on the left side of the phone, which we inevitably triggered by accident (it's right below the volume button). Sure, you can use Bixby to make a phone call, send a text or open an app. But the Google Assistant is also built in, and it's far more capable overall.

Bixby aside, the Galaxy S9+ is a stellar device. It's arguably the sleekest smartphone you can buy right now, mostly thanks to its eye-pleasing, nearly all-screen design. Apple's iPhone line currently tops out at the 5.8-inch display size with the iPhone X, meaning that anyone looking for more display real estate has a reason to check out the S9+, even apart from factoring in the excellent camera and speaker systems.

Buyers will also be glad to see that Samsung didn't raise the price too much with the Galaxy S9+. The starting price for an unlocked model is A$1199. The Galaxy S9 series is also expandable with up to 400 GB of microSD storage, an increase from 256 GB maximum previously. That's in addition to the 64 GB of internal storage. Running out of space, and having to keep moving photos and videos to the cloud, are problems that will basically disappear for many of the S9+ users who spring for the 400 GB card.

Even if you don't need the camera capabilities of the Galaxy S9+, the look and performance of the phone alone are reasons for strongly considering it, especially if you like getting a lot done or watching Netflix on the go. If you do need the best possible smartphone camera, your next smartphone upgrade should be a fairly easy choice.

The Galaxy S9+ and 5.8-inch S9 are currently in pre-orders, with shipping set to begin on March 16. Samsung will also offer an Enterprise Edition of the Galaxy S9 (though not the S9+), which will be sold unlocked by channel partners starting on March 16. The Enterprise Edition S9 will feature enterprise customization through Knox Configure, simplified deployment capabilities and two years of purchase assurance.