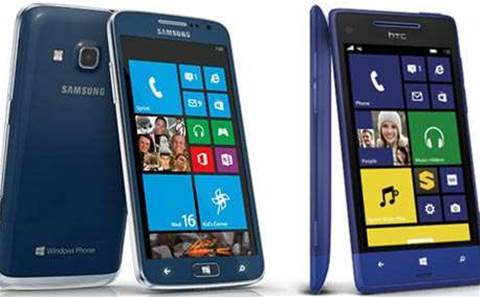 Microsoft chose to open its Build developer conference this year with the latest update to Windows Phone, and with good reason. Although only a point upgrade, Windows Phone 8.1 brings a significant number of improvements to Microsoft's smartphone OS, which we've been testing courtesy of the Developer Preview. No specific date has been announced for the rollout of the software onto consumer Windows Phone handsets, but it's expected to be very soon.

The biggest upgrade in Windows Phone 8.1 is Cortana, Microsoft's answer to Siri and Android's Google Now. Cortana is a "digital personal assistant" that can answer spoken questions, ferret out useful information based on your interests and activities, and carry out tasks, such as setting up calendar reminders or getting navigation instructions.

In practice it works well. Despite the fact that Cortana is currently US-only, the speech recognition interpreted our British mumblings accurately. The personal-assistant features are interesting, too, particular the email and calendar tracking facilities (you can read our first impressions of Cortana here). The catch is that Cortana won't arrive on UK phones until the back-end of 2014.

In the meantime, there's plenty else to get your teeth into in this latest release. First on the list of changes is the ability to add more tiles to the Start screen, with three columns of the larger square tiles now available to play with, rather than two. There are still three sizes of tiles, as before, so you can add up to six of the smallest tile type across the screen if you like.

There's now also the ability to use a photo as a background to the Start screen, although this doesn't work in quite the same way as it does on Android or iOS. Instead of placing the wallpaper behind your tiles, in Windows Phone 8.1 your photo becomes the background to the Live Tiles, and moves in parallax with them when they're scrolled up and down.

These sound like small changes but they add some much-needed visual pizzazz to the Start screen. Something else the OS desperately needed was a way to aggregate notifications, an area in which it has lagged behind its rivals since day one. That problem has been largely solved by the introduction of the Action Center, accessed with a drag down from the top of the screen.

The Action Center brings together notifications from your email, social networking tools, the Windows Store and all sorts of other places, so you can keep up to date without having to exit back to the Start screen. Alongside notifications, it hosts four customisable shortcut buttons along the top, which allow you to toggle common settings such as GPS, flight mode, Wi-Fi and internet tethering.

There's also a shortcut to the Settings menu here so you don't have to back out to the homescreen every time you want to change settings such as screen brightness or the lockscreen timeout.

The Action Center is a huge improvement to Windows Phone, and makes the OS much more enjoyable to use. The improvements don't end there; there's a host of other small changes. Windows Phone 8.1 now gives you more control over volume settings, for instance, with independent sliders for app/media and ringer volume. At last, it's now possible to play games with the volume turned down, but hear when calls and texts arrive.

There's a new week view in the calendar, a long overdue feature; and in the multitasking view, it's now possible to swipe away apps, just as you can in Android and iOS. Third party apps, such as Facebook and Flickr now have the ability to change the lock screen photo.

Elsewhere, the Battery Saver, Storage Sense and Data Sense features have all seen notable enhancements, as has the keyboard. Microsoft has added Swype-style "shape writing", which lets you trace from letter to letter on the screen to enter text. This worked very well in our tests, and it adds an extra dimension that boosts the efficiency of the onscreen keyboard significantly.

The Windows Phone 8.1 update doesn't solve all of the operating system's faults. We'd still like more control over screen brightness – the choice between High, Medium and Low just doesn't cut it.

Integration with Google Calendar leaves a lot to be desired as well: in the past we've had problems with appointments appearing on phones an hour later than they've been entered online, something that hasn't been fixed with this update. And the range of quality apps and games available through the store remains smaller than that available through Apple and Google's equivalents.

However, Windows Phone 8.1 does bring a lot to the platform that was previously missing. It's a shame UK users will have to wait for Cortana, but the new Action Center, improvements to the customisation options, the shape-writing keyboard and a handful of other updates mean that Windows Phone is slowly but surely becoming a force to be reckoned with.