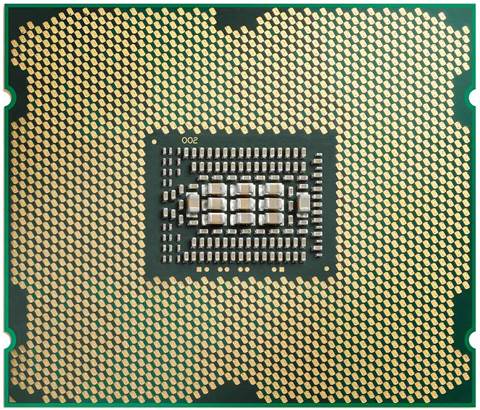 Intel has had its own way in the high-end desktop CPU market for a couple of years but, since the six-core i7-980X and i7-990X, it hasn’t released any Extreme Edition chips to tempt tweakers. That’s all changed with the arrival of the second generation of Core i7 chips, its X79 chipset and LGA2011 socket.

The three-chip range, also known as Sandy Bridge E, is topped off by the Core i7-3960X – a 3.3GHz monster that delivers six cores (servicing twelve threads) of processing grunt. One step down is the i7-3930K, which has six cores running 100MHz slower, and those on tighter budgets will have to settle for the i7-3820, which is slated for release in Autumn. It will be cheaper still and, despite a higher stock speed of 3.6GHz, it will “only” have four cores.
So, what makes Intel’s new chips worthy of the Second Generation name? There’s nothing revolutionary here – the underlying 32nm architecture is unchanged over the previous generation – but a range of improvements to key features promises to boost performance in a variety of ways.
Turbo Boost 2 has been, well, boosted. Whereas the last generation of Sandy Bridge chips saw the high-end Core i7-2600K gaining up to 400MHz across a single active core, the new i7 CPUs-3960X can add 600MHz. If all six cores are active, you’ll get an extra 300MHz of juice per core – an improvement over the additional 100MHz the i7-2600K provided.
There’s more L3 cache on offer, too: the older Sandy Bridge chips have a maximum of 8MB, but that’s almost doubled to 15MB on the top-end i7-3960X, with 12MB and 10MB available on the two lesser processors.
Chipset changes

The new processors are also around twice the size of older Sandy Bridge chips, and Intel has developed a new socket – dubbed LGA 2011 – to house them. The new motherboards built around this socket have a new high-end chipset, too: X79.
One of the big changes introduced with the X79 chipset can be found either side of the socket: two banks of four DIMMs. They’re indicative that the X79 chipset can handle a massive 64GB of quad-channel RAM – so that’s more gigabytes and more bandwidth than we’ve ever seen on a consumer systems, with Intel’s own calculations claiming a maximum bandwidth of 51.2GB/sec.
A couple of other chipset features are designed to entice enthusiasts. PCI Express 3 support is unofficially included, even if graphics cards haven’t yet arrived that will take advantage of the increased bandwidth on offer (Intel informed us that PCI-E 3 isn’t validated because of the lack of expansion cards to test with). There are 40 PCI Express lanes, so you can run two high-end graphics cards at full x16 speed – a boon, as older chipsets restricted two PCI Express x16 slots to half their normal speed, bottlenecking the most expensive GPUs.
It’s worth bearing in mind that other areas haven’t been improved with such gusto, although with support for only two SATA 6Gbps sockets included. Motherboard manufacturers, it seems, will still have to rely on proprietary controllers if more are required. There is also still no USB 3 support, so third party controllers continue to be important for connectivity as well.
Performance

That’s the theory, then, and we can confirm the i7-3960X – in our test rig consisting of 8GB of quad-channel G.Skill Ripjaws-Z RAM, an AMD Radeon HD 5550, and a Samsung Spinpoint F3 hard disk – is very swift indeed. Its score of 1.12 in our application benchmarks is an improvement on the 1 scored by the i7-2600K and, when the six cores flex their muscles, it’s faster still, with the i7-3960X delivering a superb result of 1.23. For power, our test rig idled at a reasonable 97W. Running the Prime95 stress test on the chip saw the peak power consumption rise to 234W.
Pricing

So how much is all of this raw horsepower going to cost? The answer is: a lot. You’ll have to hand over $1250 for the i7-3960X on its own, with between $260 and $540 set aside for an LGA 2011 motherboard. That’s an incredibly expensive upgrade. The i7-3930K is a marginally more tempting buy at $659, but even then you’ll still need to fork out for a new motherboard.
Given how fast the original K-edition i7 CPUs are, we can’t see anyone but the most enthusiastic of tweakers and high end workstation builders stumping up the cash, at least while prices remain this high. But there’s no denying the world-beating power on offer, and that Intel has extended its lead at the top of the heap yet again. AMD must be sweating.
Got a news tip for our journalists? Share it with us anonymously here.

7 steps to MSP success: from pricing to specialisation
By Mike Jennings
Mar 5 2012
9:45AM