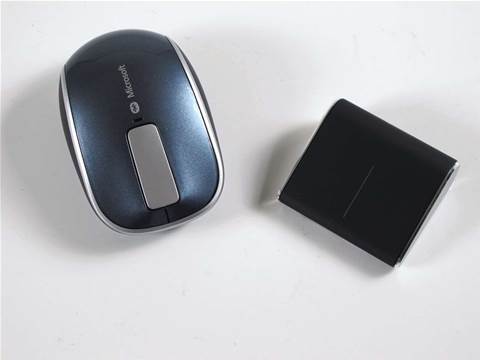 When it comes to upgrading office equipment, most people pine for a bigger screen, more RAM or a comfier chair. A new mouse is usually somewhere near the bottom of the list. And yet, it's this humble critter that steers the entire computing ship – productivity depends on it.

With this in mind, CRNTech put Microsoft's latest flagship mice to the test: the wedge touch and sculpt touch. Both models offer something different from the norm and have been optimised for Microsoft's impending new operating system; Windows 8.

As its name implies, the Microsoft wedge touch is a touch-centric mouse with an unusual wedge-shaped design. Billed as Microsoft's smallest mouse ever, it is chiefly designed for computing on-the-go and has been optimised for Windows 8 tablets.

[Note: the device was tested on a Windows 7 PC. The functionality will remain the same on Windows 8 aside from the wedge's ability to scroll horizontally on the new OS's start screen.]

The first thing that stands out about the wedge touch is its eye-catching design. It's a strikingly unique peripheral that bears little resemblance to a traditional mouse. Indeed, most onlookers we asked had difficulty guessing what its primary function was.

The design might be a bit too avant-garde for some, but we found it to be appealingly stylish: the silver-lined edges and minimalist black finish gel together nicely. 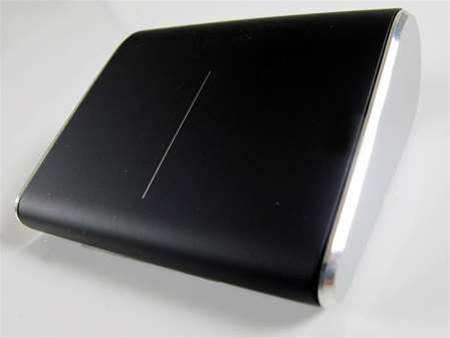 As you'd expect from a tablet-friendly mouse, the wedge touch is completely wireless and uses Bluetooth to connect to devices. Other product highlights include 'BlueTrack' technology (which allows you to use the devices on virtually any surface without losing traction), an automatic standby mode to conserve battery life and an ambidextrous design to appease left-handed users.

Despite the odd size and shape, the wedge touch handles in much the same way as a traditional mouse -- with a few extra tricks up its sleeve. Chief among these is a four-way touch scrolling pad which allows you to scroll through screens and documents either vertically or horizontally with a swipe of your finger. The scrolling speed is touch-sensitive and you can tap the mouse to stop scrolling dead in its tracks. 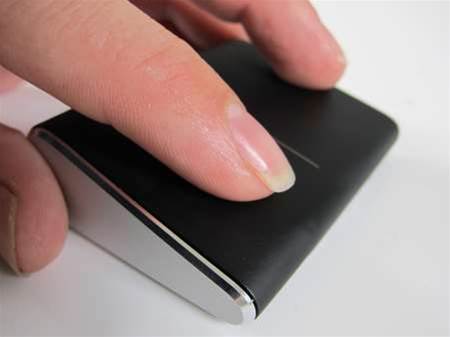 We were impressed with the way the wedge touch handled. The mouse feels natural in the hand despite its tiny size and the invisible mouse buttons give a satisfying 'click' when pressed. We found cursor navigation to be perfectly responsive during testing. In addition to our desk, we used it on the carpet, a glass coffee table and a notepad balanced on our knee: in each instance it worked without a hitch.

We also tried out the device on an Android tablet (a Samsung Galaxy Note 10.1) and experienced no issues during testing. The wedge is also compatible with Apple iOS, thus rounding out the tablet trifecta.

The aforementioned four-way touch pad worked well, although it would have been nice to see some additional functionality, like pinch-to-zoom. As it stands, you'll still need to use your tablet's touch screen in conjunction with the mouse. 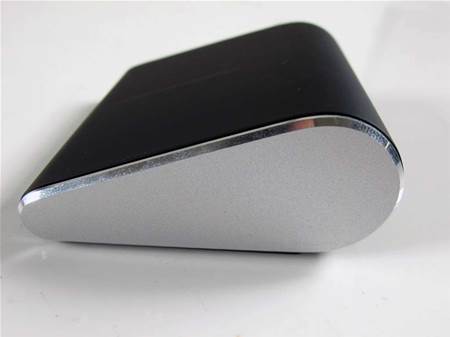 On another down note, large-handed individuals may find their fingers skirting the surface of their desk along with the mouse due to its tiny size. The lack of extra bulk also makes it impossible to rest your palm on the device; a common practice that most people do unconsciously.

The wedge touch is powered by a single AA battery which is included in the sales package. It carries a price tag of $79.95, which we think is a bit too steep

That said, if you're on the lookout for an ultra-portable mouse with some extra functionality under the hood, you could certainly do worse than the wedge touch.