Sony Vaio YB: One of the first Fusion laptops reviewed 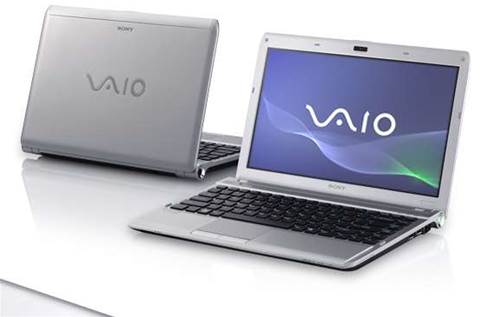 AMD was one of the companies involved in the invention of the netbook, through its association with the One Laptop Per Child project, which used an AMD Geode processor in its first incarnation. As history shows, the company managed to miss the netbook party, and instead Intel reaped the benefits of the netbook with its Atom processor.

Atom is a curious beast, as anyone who has owned a netbook will attest. It uses an outdated In-Order Execution architecture which went extinct on the desktop with the death of the Pentium 3. Even with the recently-launched dual core models of Atom, the performance isn't great. This is also true of the graphical capabilities of the platform – netbooks can struggle to run HD Flash video and suffer greatly when faced with even rudimentary 3D graphics, let alone GPU-based computing.

These are sacrifices that have been happily made by those wanting the cheap convenience of a netbook, but AMD hopes to shift expectations with its new Fusion APUs. While the company plans to release a whole range of these CPU/GPU combo chips over the course of 2011, the first ones are hitting the netbook and low end laptop space.

Features
Sony's Vaio YB is the first cab off the Fusion rank, packing an E-350 APU. This is based upon AMD's Zacate core, which combines the company's new 'Bobcat' CPU design with an integrated RADEON HD 6310 GPU. This is paired with 2GB of DDR3, 320GB HDD and an 11.61in screen, with Windows 7 Home Premium 32-bit as the operating system.

Much like Intel's new Sandy bridge processors, the CPU and GPU are combined on the same piece of Silicon, which allows for much more efficient processing than using two separate chips.
Unfortunately this also means that of the 2GB of RAM, 400MB is assigned to video memory. This will undoubtedly have an effect on performance under the memory-hungry Windows 7.

Fusion v Atom
While the E-350 is pitched against Intel's Atom, it is a much different beast internally. Crucially, AMD has designed Bobcat as an in-order execution CPU, the same basic design used on modern desktop and laptop processors. It is designed around power efficient operation rather than brute performance, which is why it is landing in netbooks and low-end laptops first (AMD plans to release a more desktop-focused CPU design codenamed Bulldozer later this year).

To this end the E-350 drains a mere 18W of power, which is the same as the most recent Ultra Low Voltage Intel processors. In contrast the latest dual core Atom N4550 CPU draws 8.5W of power.
Regardless of which way you look at it 18W is quite low, but when you add the fact that the E-350's 18W covers both a dual core CPU and a DirectX 11 capable GPU it is even more impressive.

Performance
AMD has us quite excited with the promise inherent in the E350 APU, but there was a huge degree of trepidation when it came to testing Sony's Vaio YB. We have seen big promises made by CPU makers, especially in the mobile space, before. While we always knew that the dream of a Crysis playing, Video crunching beast in a netbook form factor was a bit idealistic, we did end up being pleasantly surprised by what AMD has been able to deliver.

In our real-world benchmarks the Vaio YB scored 0.44 overall. This is very similar to the performance delivered by Atom-based netbooks, but it is only part of the picture. We were actually unable to get our Crysis benchmarks running on the YB, which wasn't a huge surprise considering it won't run on an Atom either, but we were able to run various other games.

From the random assortment of titles we tried, most worked. This included World of Warcraft, Civilization V, Mass Effect 2 and Call of Duty: Black Ops. These were all run at 1366 x 768 at the lowest detail settings, and the results were generally surprising, especially seeing as none of these ran when we tested them on an Atom-based netbook. Of this selection World of Warcraft and Civilization V were playable, while Mass Effect 2 and COD ran but the framerates were a touch shy of what we would consider to be playable.

When you consider that gaming isn't something that netbooks are designed for, the ability to run any of these is impressive, and bodes well for the higher end implementations of AMD's Fusion technology when they appear later this year. It also shows that AMD isn't just paying lip service to the graphics part of the Fusion APU, and assures us that OpenCL/DirectCompute-supporting applications will run better on AMD than any of the competing products.

Battery life
Performance is well and good, but the other key part of the equation is battery life. When we ran the Vaio YB through our battery tests we saw a heavy workload result of 3hrs 20mins, while the light use test served up speeds of 6hr 26min. Impressive, considering that the E-350 is capable of some pretty good performance.

So often we are promised much with very little delivered. This time, however, AMD has done fantastic things. The E-350 raises the bar for the bottom end of the market, and makes Intel's Atom seem pretty ordinary. It is important to point out that the sort of performance delivered by the Fusion APU is along the lines of what we have seen with Nvidia's ION 2 graphics platform for Atom, but actually finding ION-based netbooks for sale in Australia is a difficult thing, especially if you want a major manufacturer's product.

The other thing to consider is that this performance is being delivered by a single chip, which brings with it power and thermal benefits well beyond that seen with a discrete graphics processor like ION. This is also the first generation of APU, complete with immature drivers, running in an engineering sample chassis.

Conclusion
One thing that we wish Sony had done was slap more memory into the Vaio YB. While 2GB is pretty standard for netbooks, the GPU part of the E-350 eats up 400MB right off the bat. Bumping the RAM up to 3 or 4GB would just give that little bit of extra buffer so memory didn't become an issue when running heavy loads. Overall though, it is a minor qualm over a product that generally exceeds our expectations.

Eliminating departmental friction within MSPs
By John Gillooly
Mar 4 2011
8:40AM