VDI: A client, server for today 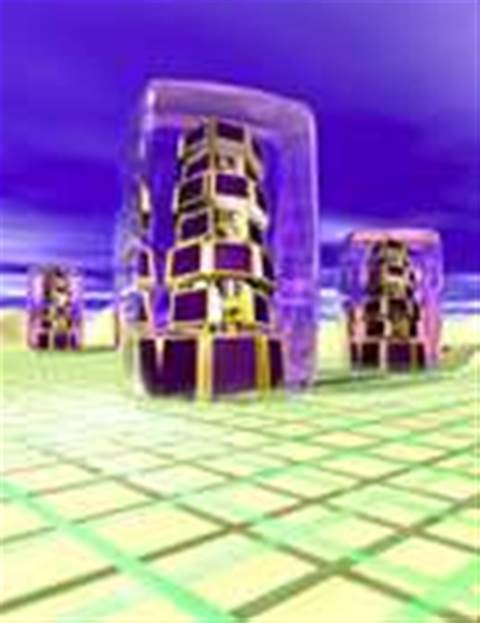 For every company that has benefited from the personal computer, there’s at least one IT administrator who longs for control due to the centralised management of the client/server model.

Now that the age of virtualisation has arrived, developers are once again hard at work trying to bring the dividends of centralised management back to the IT workplace.

Heavily invested in the virtual marketplace is Hewlett- Packard, which sent the CRN Test Centere one of its VDI solutions for evaluation.

Mimicking a system suitable for a small office or department, its ProLiant ML-350 d﻿ual-Xeon server was runningVMware ESXi Server 4.1 with dedicated virtual machines fulfilling the roles of Domain Controller, vCenter Server and the VMware View Server.

The test system virtualised an instance of 32-bit Windows XP Pro running on an Intel Xeon E5530 quad-core processor at 2.4GHz with 3 GB of memory.

The experience was much like that of a machine running Windows locally; most applications and menus were responsive and snappy.

In fact, when running a CAD program, the movement was fairly smooth. The thin client’s ports are live, and testers were able to connect a USB thumb drive and install software to the extent that it was allowed based on the user’s access privileges. An external USB hard drive was not recognised. Windows sounds were played through the thin client’s speakers.

This is not a high score by any means, and is about 45 percent slower than the slowest score of 6,328 testers found on Primate Labs results browser website.

It should be noted that the PCoIP protocol has been criticised for lackluster performance compared with others. But with the widespread deployment of VMware, the protocol is being built into monitors, including several models from Samsung.

Also, our testing was conducted between one server and one thin client.

Performance in the real world, with multiple clients accessing one or more servers, will be different.

Testers met with a few glitches when in the early stages of server setup, most of which related to configuring the test server to operate in our test labs.

It was finicky about having any of its IP addresses changed. It also beat its chest over which domain controller would get to dominate. Once acclimated to its surroundings, the ProLiant behaved nicely, serving up Windows virtual images on demand to a variety of devices and acting as testers expected it should.

We did learn, however, that if you perform a shutdown of Windows (as opposed to simply logging off), that that instance of Windows will no longer be avail- able for remote connection until it’s manually restarted in the vSphere Server. Obviously, the shutdown command has to be removed fromWindows instances.Though we’re told that VMware View supports Windows 7, we couldn’t get it to work in time for this report.

When evaluating a customer’s need for a virtualised desktop environment, the intended application(s) will play a lead role.

If you’re proposing workstations for a public library, the main purpose of which is to search a single database of library resources, then the thinnest of thin (or zero) clients attaching to a two-node server or blade system will likely deliver more than enough horsepower and responsiveness.

Likewise, if you’re equipping a small number of single-app users who also need e-mail and might occasionally surf the Web, then a solution similar to HP’s thin client would likely be adequate.

However, if the need is for graphics, media or anything that requires extensive computing power, then hypervisor-based VDI is probably not the right choice.

Of course, the customer’s existing infrastructure will play a major role in deciding what to offer. Previous investments in servers, networking, virtualisation and branch-office and mobility requirements all need to be considered. But one thing seems certain: The possibilities are virtually endless.