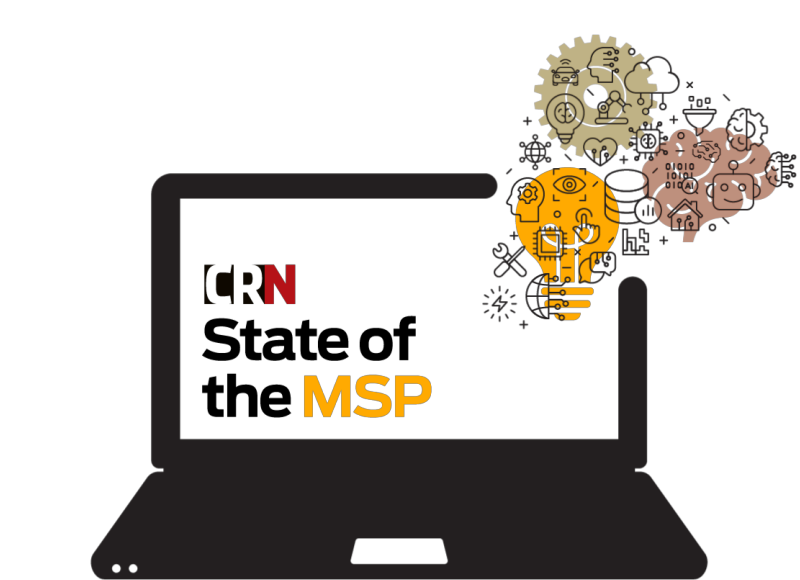 After two years of extraordinary disruption, Australia has gone back to work, although the new world looks very different from old the one.

To better understand the impact of this change on managed service providers (MSPs) CRN has produced our first State of MSP report focusing on five areas:

Running over the next two weeks, we begin with security, infrastructure and modern workplace. In part two we will examine network services and communications services, and we will finish with the customer view, hearing directly from buyers about what they want from an MSP.

While employees have returned to the office — at greater numbers in Australia than in other markets according to some reports — hybrid working is now a feature of the Australian workplace.

The huge acceleration in digitalisation spurred by the pandemic continues, driven by competitive tension now, more than simply the need to survive.

MSPs needing to import hardware either for their own infrastructure or to supply customers faced a huge supply chain crunch in the early days of the pandemic as demand for personal systems roared. But while the demand has settled back into more regular patterns, problems with supply chains are getting worse in some regards. China's zero-COVID policy continues to play havoc on the docks, and now the picture is further complicated by the war in Europe.

Of course, everything in this new digitalized business environment needs to be secured, and cyber security is the issue which comes up repeatedly across every category of service.

We began the process of creating the State of MSP Report with the customer, by asking them what they want — and don't want from their MSP. To do this we surveyed the readers of iTnews, Australia's leading publication for IT buyers about their relationship with their managed service providers. 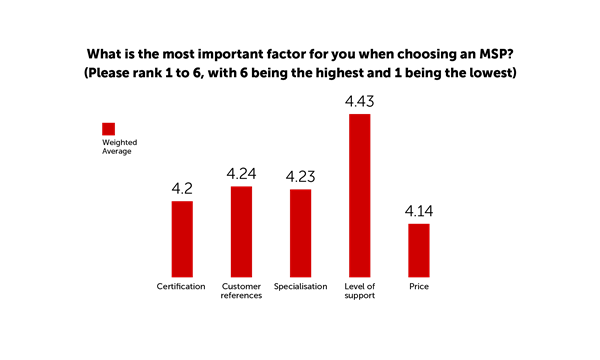 When it comes to choosing an MSP, price is not the most important consideration (although it still matters as we will see later). Instead customers are focused on the level of support the MSP can provide, along with customer references to validate their claims and evidence about their areas of specialisation.

The most consistent and overwhelming trend to emerge from the survey of MSPs was the extent to which security now dominates so many conversations. That reflects what IT buyers told us. Security, followed by infrastructure are the most in-demand services. 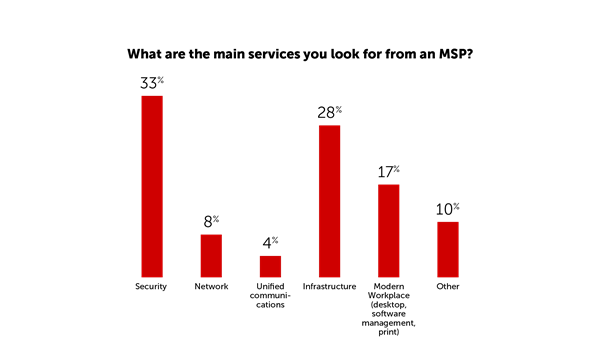 With cyber security now the top item on the risk registry for many boards, and a top IT budget line item for many CIOs, that's not surprising.

After two years of closed borders, and an economy that remarkably continued to expand - and with accelerating digitalisation - access to skills and capabilities is the number one thing IT buyers say they need from their MSPs. 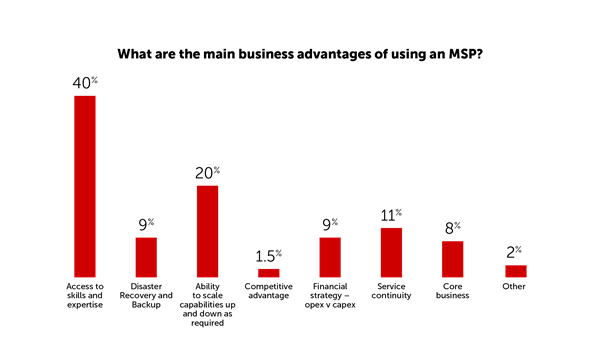 But they also want flexibility — the ability of partners to scale services up and down based on requirements is also rated highly.

While it won't be a surprise to readers of CRN, it bears repeating: lack of responsiveness and a failure to keep promises are the top reasons why IT buyers will cut the chord on their MSP relationship. 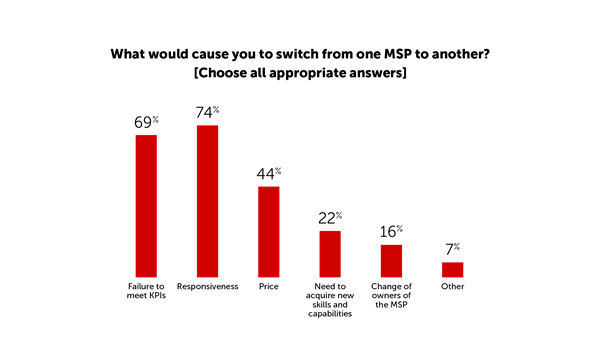 And while customers said price wasn't a primary driver in choosing an MSP, it still rates highly when it comes to saying goodbye.

Who ever said customers were reasonable?

Click on the tiles below to learn about the most important trends in each of the managed service categories. 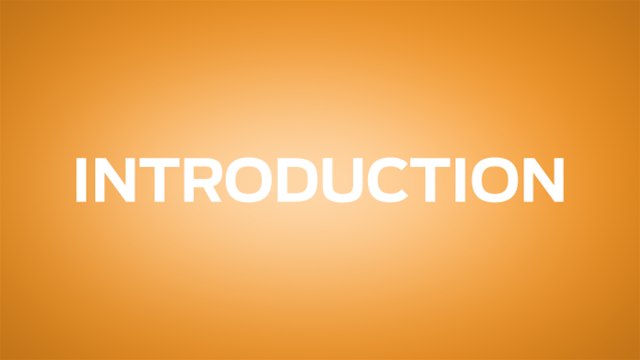 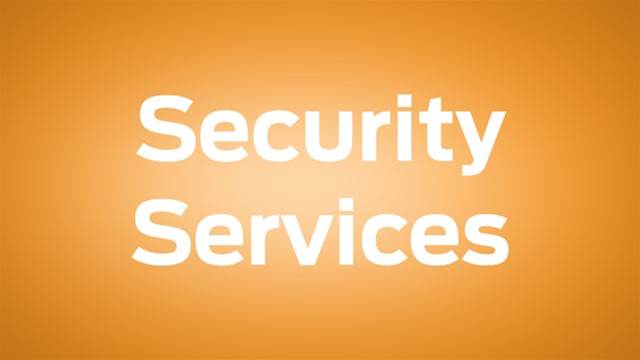 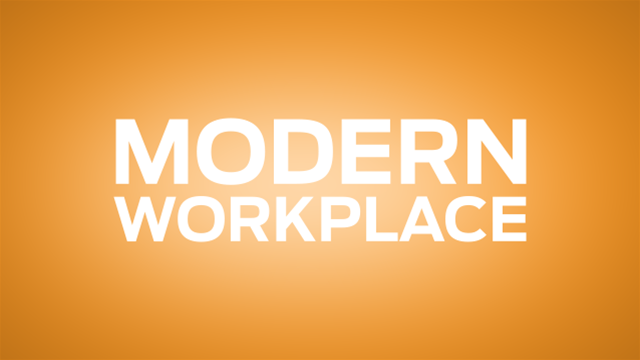 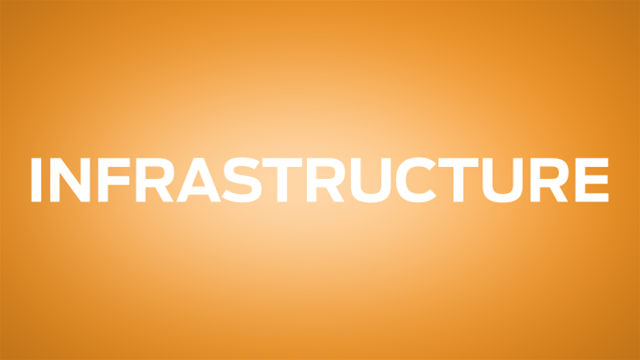