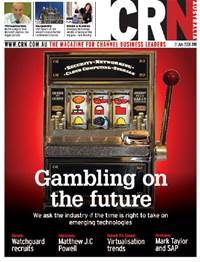 Page 1 of 2  |  Single page
Steelforce Australia is a local Brisbane company that has been experiencing success in the steel business through distribution, manufacturing and trading. It also owns plants in Delhi and China and exports raw materials from Australia back to the plants, then manufactures it into steel and brings it back to Australia. The company prides itself on being able to cater for customers’ needs in one location including cutting steel to size.

Experiencing rapid growth, the organisation has had to undergo three separate moves in the past five years but is now settled at Rocklea, Brisbane.

Steelforce has also acquired Sydsteel, based at Blacktown in Sydney, to further expand operations. In Brisbane alone the number of employees increased from 28 in 2002 to 65 last year. In 2006 the company engaged IT Associates to help grow from the initial branch based in Brisbane.

“They grew quite dramatically, they had one server in Brisbane supporting a team of about 25 users at the time and we grew that to support six branch offices by the end of the year,” explained Nigel Heyn, managing director of IT Associates. “We implemented a private network as well as all of the HP equipment such as Proliant servers. We then centralised all of the equipment.”

Instead of having the one server located on site, IT Associates transferred everything to the data centre. This enabled Steelforce to have the platform grow including new software and new hardware. The solution was working successfully and then they decided to work on a new project that addressed server consolidation and data recovery.

“We worked quite closely with Ingram and the VMware team and designed a new solution. Server consolidation was one area that we looked at because the company went from having one server to eight servers at the end of 2006 so we needed to reconsolidate it back down to three servers.

“The focus wasn’t purely consolidation – it was disaster recovery or high availability. Steelpoint is taking orders from around the country to provide steel to manufacturing operations and without the ability to have systems up and running it obviously inhibited the ability to put orders through so that was the core focus of building a much more robust system,” said Heyn.

A lot of the products that make up the solution installed for Steelforce were chosen based on their core software platform. They use a piece of software called Capital which is tailored predominantly to the steel industry. It was written by people who have worked for larger companies such as BHP and BlueScope, so the program was specifically created for businesses that either distribute or manufacture steel.

According to Heyn, you can plug the software in and put in your specifics and within a very short timeframe you’re away. The software platform from there was basically a Microsoft Windows platform with Capital on the back-end, a SQL database and another platform database called ADS. There is effectively two database backends which they will be migrating to SQL at the end of this year.

“Today they’ve literally got two beefy HP Proliant servers which control 95 percent of all of the operations and then they have a separate server that has all of their virtual management, so three servers run all of their operations. They’ve also got a HP San which provides the storage for the three servers and everything is housed in a data centre here in Brisbane with a national private network,” explained Heyn.

The VMware solution was selected because it addressed three different areas of focus for Steelforce including cost, data recovery and consolidation. Given a set budget to work with, IT Associates needed to source a solution that would fit within the brief and allow the company to grow. There was the option of replicating all of the equipment to multiple data centres around the country. Meeting the customers’ needs would have meant managing eight servers which could have potentially grown to about 15 servers. This would have been a costly exercise for Steelforce that would have required the company to spend a considerable amount on additional services.

“The VMware offering provided the company with the high availability they needed, it gave them the scalability they needed and it gave them business continuity,” said Heyn. “If the systems go down for even half an hour we are talking hundreds of thousands of dollars of lost potential revenue so that was really the case in point.”

The project was completed late last year and since then IT Associates has concentrated on helping Steelforce continue to grow. The plants in South East Asia work autonomously and there is a possibility that a virtualised solution will need to be implemented there as well.

“They are looking to go overseas, for further expansion and that’s the other benefit of virtualisation, we’ve got scalability. It’s a case of as soon as they want to add another 100 users on we can just plug in another server and away they go,” said Heyn.