Well, it's a commercial about nothing 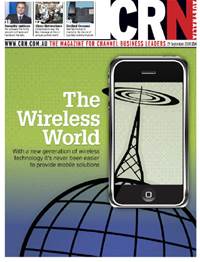 This article appeared in the 29 September, 2008 issue of CRN magazine.

When last we met, the topic at hand was the brand-spanking new ad campaign Microsoft had launched featuring that quintessence of the zeitgeist, Jerry Seinfeld.

You’ll be pleased to know that the campaign has been a roaring success and Microsoft feels it is ready to move on to the next phase.

Or, to put it another way, the campaign has been an abject failure, and Microsoft has given Seinfeld his walking papers. It’s all a matter of perspective, you see.

The ungenerous might look at the ads, which remain on YouTube in perpetuity, and complain that they made no sense, they were puzzling and ambiguous, they not only said nothing about Microsoft’s products, they said nothing at all about its brand.

There was some vague notion in the second ad about “connecting with real people” but it was undermined by the fact that the “real” people in it were cartoonishly unsympathetic.

Remember, that’s what you might say if you were ungenerous. We’re not like that, you and I.

I have a small confession to make: I really liked the second ad. The first one, with the churros and chewy cake and Gates adjusting his underwear, I could do without.

The second, though, I enjoyed immensely.Why? One word: Bill.

Part of what makes Apple so appealing as a brand is, without a doubt, the personal charm of its household-name CEO.

Whether Apple “is” Jobs or not is arguable and I don’t feel like arguing.

But Jobs is cool, and Apple gets the benefit of that cool. People identify the company with its CEO.

People don’t identify Microsoft with its CEO, and that’s probably a good thing.

Steve Ballmer, for all his undoubted fine qualities as a chief executive, is not what you would call cool.

Nor, unfortunately, is he particularly nerdy. If Microsoft wanted to identify its public image with its CEO, I’m honestly not sure what that image would be.

Bill, on the other hand, is adorable. The geeky glasses, the Muppet voice – he’s the whole package.

Whatever you think of Microsoft or its products, you have to like this cuddly version of its founder.

Back when Microsoft was enduring the scrutiny of the anti-trust trial, Gates was a convenient scapegoat.

People blamed him – fairly or not – for every nasty thing his company had ever done.

He stepped down as CEO at least partly to mollify the industry’s bloodlust.

And now, the company can rehabilitate its own image by rehabilitating his.

It couldn’t put its CEO in a series of comic advertisements because he must be taken seriously. And having either Bill or Steve talking seriously about the benefits of Windows Vista would be a great way to get ignored.

But Bill, being nerdy and socially inept, not taking himself seriously, playing the straight man to Seinfeld? Brilliant.

No longer a full-time employee at Microsoft, he makes a perfect mascot.
I hope, one way or another, he appears in more of these ads.

Just leave out the churros.

Pity him on mjcp@optusnet.com.au
Got a news tip for our journalists? Share it with us anonymously here.

Tags:
a about commercial its nothing software well

This article appeared in the 29 September, 2008 issue of CRN magazine. Subscribe now