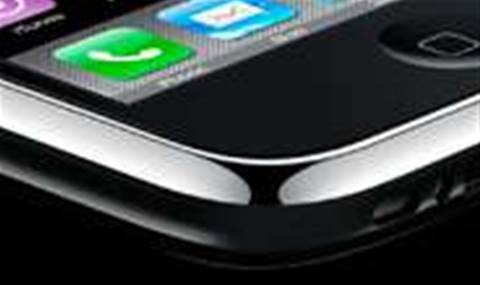 Apple is making a concerted push into the enterprise market in Australia, hiring direct sales staff and pitching its solutions to large corporate customers.

The vendor is looking to take advantage of their success in the consumer market, sliding onto the desktop and forcing its way into the data centre.

In January, Apple added three staff to their government and enterprise sales team, according to reseller partners.

This week, the vendor has also introduced clients to Apple's head of global iPhone sales, Mike Fenger, and Frank Casanova, the global head of iPhone marketing.

Robin Simpson, research director at Gartner, feels that while Apple is undoubtedly "a consumer electronics company focused on consumers" in the first instance, "some of that success will filter into the enterprise under the radar".

Design and marketing teams within large corporations have embraced Mac computers for time immemorial, but it is the iPhone that has most readily crept "under the radar", particularly in those organisations where employees choose their own smart phones. Gartner now lists the iPhone at number two in the smartphone market behind Nokia, and the analyst group predicts a growth rate of close to 30 percent over the next couple of years.

Apple is now attempting to mirror that success in organisations that supply their staff with devices - with particular emphasis on the financial services and legal industries.

Apple has published a 90 page Enterprise Deployment Guide for the iPhone that guides businesses right through the entire deployment, security and configuration process.

The vendor recently worked with one of Australasia's largest law firms, DLA Phillips Fox, in deploying iPhone's for all the company's partners.

John Duckett, general manager of IT at DLA Phillips Fox, says the iPhone is now the standard PDA device for the company.

"Every new device we buy is an iPhone," he said.

As well as integrating with Microsoft Exchange (email) over the Activesync protocol, DLA Phillips Fox has also created a billing application so that staff can enter and track their billable hours. Data entered on the iPhone is automatically sent to the company's billing system.

Information stored in the firm's document management system can be retrieved from anywhere in the world at any time on the device.

From a product point of view, Apple has many of the pieces of the enterprise jigsaw puzzle in place. Its Xserve hardware can team up with a wide variety of SAN solutions and Snow Leopard Server is reasonably easy to administer (although hard-core techs might not like Apple's philosophy when it comes to which options are accessible through the GUI).

With OS X's UNIX underpinnings, there's not much that can't be done through the Mac's Terminal command-line program. The ability to integrate with Microsoft Exchange also means that firms considering Apple's enterprise tools don't have to make an "either/or" decision with XServe. It's possible to run a mixed environment where the best tool for the job is chosen.

Simpson says that Apple has been "hiding their light under a bushel".

"Their server range offers good value and can be quite attractive for UNIX environments," he said.

Even at retail prices, Apple's servers start at under $5900 and include unlimited client connections.

"They shared their client list and we told them which clients were customers of ours," he said. "We're working with them on a strategic view of how we can best service clients.

"Large corporate customers want to see the local, on the ground, tailored experience and the vendor working together. For the customer, this is a win-win."

Computers Now have had success with deploying Apple into large businesses, particularly those that use SaaS (software as a service) solutions.

The hosted software model allows an organisation to be platform independent at the desktop, helping CIOs break out of their Windows legacy.

"One of our clients was previously a Dell shop," says Clark. "But a new CIO came in with an open mind. For example, MacBooks were comparable to Dell notebooks but could run a wider variety of operating systems using Boot Camp or virtualisation. We designed a new SOE and did the user training. Users came into training with their old Dell and by the end of the training session all of their user data was transferred to a MacBook that they could take back to their desk, ready to use."

Gerard Roberts, cloud computing national manager at SMS Management and Technology, told CRN that he expects the desktop marketplace is "going to be a marketplace of three, not a marketplace of two" - with Windows 7 going head to head with Google Chrome machines "and the rise of the Macintosh."

But he believes Apple will fight the war by "stealth" - primarily via the popularity of its mobile devices.

"Apple are attacking the enterprise from a position of stealth," he said. "They are focusing on winning the hearts and minds of consumers who start bringing their Macs into work - which lines up very nicely with the approach a lot of organisations are taking which is bring your own hardware with you.

"People will start turning up at work with their Macs because that's what they're used to using at home and that's what they want to use. As organisations open up their standard desktop environments that will create further opportunity there."

Robert Ruigrok, national service and integration manager at Computers Now, says that Apple product is "ideally suited to move in and replace some systems".

He feels that roadblocks to doing so are "more cultural than technical".

Apple will use its reseller channel to aid the transition into multi-platform environments.

Computers Now, for example, have partnered with PC-centric service providers to provide the Mac expertise in mixed environments.

"We've been able to provide back-to-back enterprise services working with HP's Managed Services division," Ruigrok said. "At a client site with a combined Mac/HP desktop environment, we provide the support for the Macs as the client can't do that themselves".

Sholto Macpherson and Brett Winterford contributed to this story.