Reseller profile: It’s all about the customers 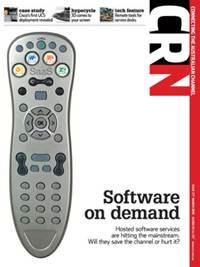 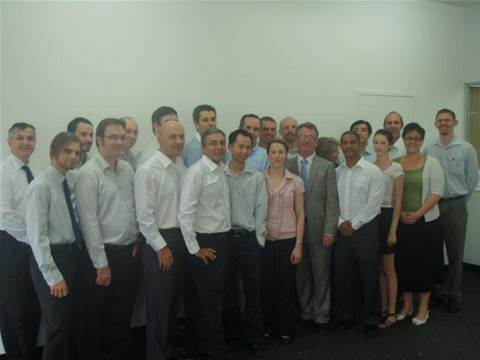 Co-founder David Okulicz says the integrator was able to escape the worst of the global financial crisis (GFC) in 2009, thanks to its customer management and private company status.

But the integrator wasn't immune to the GFC as it saw a few of its customers - not major contracts - disappear from the books.

"We took note when the GFC hit," he says. "We prepared for the speed bumps by not being foolish in the way we work."

Kytec is a privately owned company (with a couple of shareholders) providing services such as unified communications, network integration, virtualisation, storage networks and collaboration portals to the hospitality, corporate and education markets.

It specialises in converged networks, providing unified communications, voice and data services on an integrated platform. According to Okulicz forming a company with his friend Ben Donaldson in late 2006 hasn't soured the personal relationship between the two men.

"We've got a great relationship and we separate the business from our personal life," he says. "Although we do disagree on some things."

When you spend time together on a professional and personal level you have to be able to get along, Okulicz says.

Satisfaction guaranteed
According to Okulicz, customer satisfaction remains the top priority. He believes if an integrator does a good job, the customer will tell two or three people.

However, if you do a bad job the first time then they will tell more than two or three people about the experience.

So important is customer satisfaction that Kytec has incorporated "Flexibility and Customer Focus" into its mission statement.

This will be achieved "by listening to customer needs and understanding that every customer is unique; and innovation - creating solutions based on customer needs, leveraging multiple technology partners to empower customer success".

Okulicz says customer satisfaction was also one of the reasons why he and his business partner Donaldson founded the company.

Both men were working for a small IT service provider, based in Perth, Western Australia and quickly cultivated a friendship.

In August 2006 they saw an opportunity to start Kytec and grabbed it with both hands, although the risks were huge.
"I'd only been married four months earlier and had also just bought a house," Okulicz says.

"But we had a passion for what we did and a desire to take the company national one day."

"I actually don't regret [starting the company although] my wife will attest to the number of hours I spend working."

The first vendors Kytec signed were Cisco and Microsoft. Recently the integrator was chosen by Apple for its "consultants network", a certified professionals program.

Members of the network provide a range of services, from basic set-up and configuration for home users to advanced enterprise deployments.

Member organisations are required to acquire and maintain Apple certifications, be fluent in multi-platform solutions and deliver on-site technology services and support.

Okulicz says Kytec has been looking at partnering with Apple for some time.

"We provided services for Apple rather than having a retail relationship, so [the vendor's] not that hard to deal with," he says.

"Apple wants to maintain the integrity in its brand," he says. "It just wants to make sure that's not jeopardised by others."

The importance of cultivating a strong working environment is another part of Kytec's mission statement. Kytec believes in "maintaining a working environment that nurtures creativity, initiative and knowledge to achieve organisational excellence", says Okulicz.

He says the company culture has helped Kytec attract and retain its 30 technical staff. "We don't want to compromise our company culture by hiring and attracting the wrong staff," Okulicz says.

"There was one instance when we almost sealed a deal to buy another company but we walked away at the very last minute because the company cultures clashed. We couldn't see the ex-managers working for the company."

The situation was frustrating but walking away was the right thing to do, as failure to combine the two companies could've cost Kytec a lot more money.

That's why its acquisition of a small integrator - The Computer Engineers - in February 2008, has been a success, Okulicz says.

The Computer Engineers had a small team of technical staff that specailised in the servicing of a range of businesses, from hotels to aged-care facilities.

"The previous owners still work for the company and so do the original staff," he says.

Beyond the western seaboard
Expanding Kytec beyond Western Australia was a decision which has taken the company from strength to strength.

First the company opened a Melbourne office in 2008 and then eight months ago, Okulicz moved out to Sydney with his wife.

Okulicz stays in touch through IP telephony which helps him keep in constant contact with Donaldson, who is still in Perth.

"I'm glad we did it. I fly back to Perth once every six weeks. Ben's still in Perth. I came out because it came down to our job roles," says Okulicz.

It made sense for Okulicz to move to the eastern seaboard because Donaldson has always been focused on the sales side of the company. Okulicz took on the mergers and acquisitions, which included the strategy for growth.

Over the next six months Kytec will look at expanding north and into Queensland, although Okulicz says he is not sure whether the expansion will be through an acquisition.

"The specifics haven't been discussed yet," he says.

"After Queensland the next logical choice will be Adelaide and we've definitely talked about Asia and how we can help our vendor partners out there."

Tags:
about all collaboration customers its networking profile reseller the