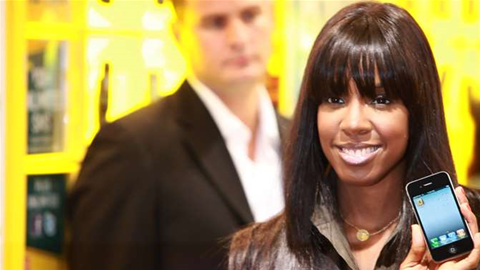 Authorised iPhone resellers have received limited quantities of the newly launched Apple iPhone 4 from their telecommunications partners, while the telcos pulled out all the stops to attract crowds directly at a number of midnight launches.

Apple premium reseller partners told CRN they received limited stock for today's launch, despite plenty of public interest. A university branch of ComputersNow said there is "strong student interest" but stock was limited, while a Melbourne reseller and Vodafone partner said it was yet to receive any stock.

A My Mac branch told CRN that it had received limited stock from its telco partner Optus. The Optus spokesperson said partners would be "handfed stock much like any other device".

Apple said it does not comment on its business practices, but reports claimed that each telco had received about 12,000-13,000 iPhone 4 units, with Optus alone having over 100,000 pre-order customers.

The situation at the Doncaster Westfield, which boasts Melbourne's largest Apple store best demonstrated the levels of stock available. The Optus, Virgin and TeleChoice stores were only given a small number of demonstration models. While the Telstra T-Life store sold out within minutes of opening at midnight.

A sales person at the Optus store confirmed that it was only allocated "ten units" and customers were asked to sign a rain check form where Optus would cover the first month of the plan. The Apple store in Doncaster was selling devices outright and appeared to have plenty of stock.

Vodafone is yet to respond to calls for comment.