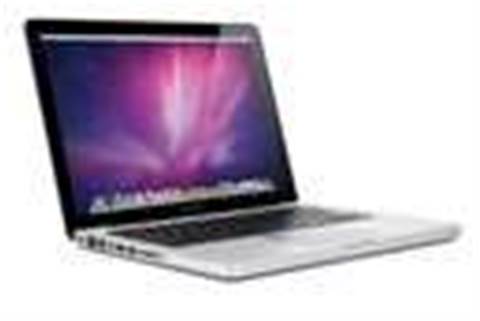 Intel's blazingly fast successor to USB3 may be coming first to Apple's iPad 2 and then to new MacBook Pro laptops.

Although USB3 is barely a year old, Intel was already demonstrating its next generation Light Peak technology back in 2009 before USB3 products were widely available.

The new connector enables data transfer speeds which, on paper, are twice as fast as the already speedy USB3. It could also be used to replace all of a computer's other ports and minimise cable clutter, since it can handle networking, audio and video too.

Previous demonstrations of the technology's potential have been undoubtedly impressive.

Rumours have indicated the first computers to come equipped with a Light Peak port will be updated versions of Apple's MacBook Pro laptops.

According to leaked images of the new 13in MacBook Pro, the Light Peak technology will be sold under the ThunderBolt name.

Oddly, the photos showed the ThunderBolt port in the shape of the existing Mini DisplayPort socket, currently used for connecting displays and projectors to computers.

Intel and Apple can't use the familiar USB port for ThunderBolt due to intellectual property issues and the disapproval of the USB Implementers Forum, according to the Wall Street Journal.

Although this might hinder market acceptance of ThunderBolt, it could play to Apple's advantage since the company pushed the Mini DisplayPort standard. Also, few other computer manufacturers have added Mini DisplayPort to their computers, so Apple may be able to roll out ThunderBolt more quickly and further differentiate its Mac computers from the competition.

Leaked images of alleged iPad 2 cases from Chinese manufacturers have fuelled speculation the upcoming next generation tablet, due to be launched on 2 March, could also come equipped with a ThunderBolt port.

Grow your software revenue by selling these 5 affordable, essential tools for the modern workplace
By Alan Lu
Feb 25 2011
8:42AM