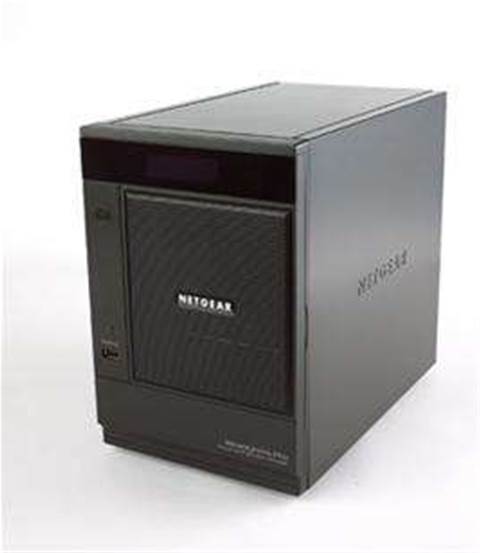 Netgear has taken a leaf out of video gaming's playbook by building feature "unlocks" into its devices and services to ensure a steady revenue stream for value-added resellers and systems integrators.

And the networking maker will do more to cloud-enable the channel this year, encouraging resellers to come to it with customer proposals in the early stages to lock in the business, Netgear executives told CRN.

"Software differentiation is very important to us," Buckley said. "Over the past 18 months we started creating base platforms and made functionality available through [key] licensing."

He pointed to licence keys that provided an upgrade from wi-fi 802.11G to the N flavour as an example of how resellers can sell kit cheaply and then have a conversation down the track with customers when their needs grow.

The cloud service Vault, included in Netgear's ReadyNAS storage devices (pictured), and backup disaster recovery service Replicate were two other areas where partners can resell "add-on solutions that unlock the product", he said.

"Having software differentiation ensures you're not leaving money on the table and the customer gets what they want so it's a pay-as-you-go model," Buckley said.

"From a channel perspective, it's ideal; sell within the customer's budget and then come back in six months" to sell cloud or Layer7 web-threat security protection.

Netgear was following a hybrid approach to the cloud - selling the kit through the channel while providing hosted services as an after-sales add-on.

Buckley said although Netgear was not a "cheap and cheerful" Cisco alternative, its Smart IT channel push was aimed at the forces of consumerisation that demanded more affordable and easier to use and deploy solutions. And while carrier-grade networks were outside its remit, Netgear was pushing more aggressively into the middle market of businesses with 500 seats or more, he said.

Buckley questioned the fear, uncertainty and doubt around the evaporation of IPv4 addresses, likening it to the Millennium Bug, because only those devices that interacted with the wider internet needed the extra address space while devices inside the firewall would be content on the older protocol, he said.

"The vast majority of equipment [customers] have won't [need to be] running IPv6 so why upgrade your whole infrastructure when you don't need to?"

Netgear's storage and virtualisation sales engineer Peter Levett urged resellers who may be bidding for cloud or hosted business for the first time to check in with him to ensure they don't miss the opportunity.

He said solutions "need to be simple to manage [because] resellers can't take six weeks off to do a VMware virtualisation course" or gain other expensive certifications to install for a few clients.

In a nod to the rising importance of tablets and other devices in small businesses, Levett said the number of protocols shared across the typical local area network is increasing and he has seen a big rise in the use of Apple Filing Protocol: "Third-party software to backup Macs is becoming very common".